Learning to Love Your Boyfriend's Pets (and Kids) Not sure how you feel about your boyfriend’s pets (or children, for that matter)?

I got home around 10:30 last night, after five straight hours of grad classes. The Thai place around the corner had closed half an hour prior, there was little else in my fridge besides limp stalks of celery and some wilting kale, and I had. So. Much. To do. Read students’ papers and their grading reflections, copy down a recipe for my cousin who is getting married and whose bridal shower is, apparently, kitchen themed, text my boyfriend a smoochy face picture so he knows I’m thinking about him, prepare for my class tomorrow, respond to some blog posts. I could go on, but I’m making myself tired just thinking about it. Besides, nobody likes a whiner.

I walked up to the front door and could hear Nelson whining from inside his little fort—his quarters for the duration of my absence. Nelson is my boyfriend’s daughter’s dog, a Mini Pinscher-Wiener Dog-Chihuahua mix, and he is staying with us while his sweet little mama is in Utah. If you have a tiny dog of one of those three varieties or, really, any tiny dog breed at all, you know that they tend to pee when they’re excited…and Nelson was EXCITED.

I’ve gotten my approach down pat, where I’ll open the door, release him from his fort, and immediately run outside, shouting “Nelson! Nelson! Oooooh, Nelson!” and he usually follows after me, thankfully peeing out of doors and away from the carpet. He followed me outside, but this time, instead of running to pee on the grass, Nelson stopped at the dish I keep cat food in (because I am convinced that one day the mysterious Siamese cat in our complex will love me, provided I keep it well fed…like so many other neighbors, I’m sure) and proceeded to stick his little face right in. He was hungry, I know, but come on! It’s the cute Siamese neighbor-cat’s food! Once I had hidden the food from Nelson behind the front door, he meandered about to pee…and promptly discovered a chicken bone someone had decided belonged in their garden as opposed to, oh, I don’t know, the trash? Naturally, Nelson started to gnaw on the bone, to the extent that I was afraid he might choke! He’s a little guy and it was a big bone and, well, Nelson is an enthusiastic gnawer. Once I got that away from him, he sulked in the ivy until he finally decided he could bear to come back inside, and I started to prepare my own meager dinner of stir-fried kale.

Nelson, excitable little fellow that he is, figured I must be preparing some delightful snack to make up for the fact that I had stolen his tasty old chicken bone, so he ran into the kitchen and proceeded to launch himself into the air, tapping my butt with his little paws as if to say, “Hey! Hey! Look at that garlic! That’s totally up my alley! Hey!”—it was cute until the new chef’s knife I gave to my boyfriend for his birthday sliced through my thumbnail, hitting the skin and drawing blood and causing me to yelp louder than Nelson does when we try to get him out from under the bed.

I know it wasn’t his fault. He is just a little dog! He has no motivation to hurt me! I know these things to be true. I said them out loud to myself. But I still hollered at Nelson to stop jumping on me and then put him in his carrying case before I washed my thumb, bandaged it, and went back to preparing dinner. I even kept him there while I ate, despite the mournful little sounds he made, calling attention to the serious injustice I had inflicted upon him.

I’ve heard it can be difficult to express the same sort of love for an adopted child as one might for a child born into a family—I’ve also heard that this theory is bogus, and it all depends on how you express yourself and what your ideas about love are. Still, I couldn’t help thinking…I love my boyfriend’s kids to the best of my ability, acknowledging the fact that a) I don’t want kids, really, so it was already a compromise to date someone who has a pair already, and b) they are teenagers who are sometimes surly but generally well-dispositioned, making it easier to like them than not. But I don’t love Nelson.

Maybe those sentiments about loving children, regardless of their origin, don’t transfer to pets—at least, not for me. I think Nelson is sweet, but he’s tiny and he’s bony and he isn’t the big, fluffy, amazing dog that I always dreamed I would have. That doesn’t make him bad. Obviously, these things don’t speak to his character! But I wonder…would I be as quick to snap at a dog if it was one I had picked out myself, one that I had raised, and one that I was emotionally invested in, the way that my boyfriend and his daughter have grown attached to Nelson?

I don’t know. But I do know that once I was done eating, I gave Nelson a chewy treat for being such a good dog. And, well, because I felt guilty. So at least I’ve got some feelings. Nelson loves when I do this. Really.

Also by Kristin: 5 Ways to Embrace a Lo-Fi Lifestyle

Related: On Forgiving Your Pet

How to Survive Losing a Pet

Kristin Kaz
Kristin writes, bakes, and teaches in Los Angeles. She assembles collages and chapbooks under the creative moniker Analog Dandruff and spends her free time listening to records while she finds new, fun ways to organize the kitchen cupboards, much to her partner's chagrin. Catch her on instagram: @analogdandruff
View all author posts → 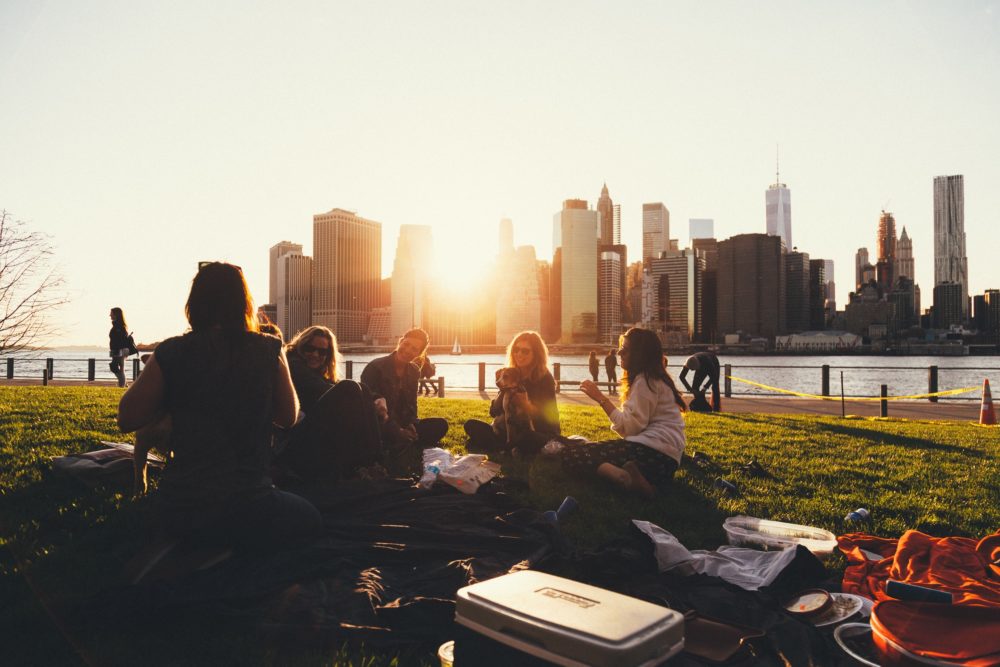