by Alexandra Kudukis
Delicately flaky, slightly crunchy on the outside, warm and soft on the inside with hints of cinnamon throughout. This sums up the textures and flavors you’ll be experiencing when biting into these delightful cinnamon mini-muffins. While working on this recipe, I tried a few more complicated versions. Not only were they more time consuming, but they weren’t nearly as tasty. I feel that this particular combination of ingredients, such as the hints of vanilla and cinnamon intermingling delicately throughout, make these muffins simply irresistible. Lightly crunchy vs. sumptuously smooth, this duality of textures makes for the perfect muffin (in my humble opinion :) ). Mini-Muffin Size- The miniature dimensions of these muffins are perfect for a snack that is enjoyable but not overindulgent. They contain many healthy ingredients which I will explain a little further on. However, first things first, it’s important to note that they do contain sugar and vegan butter, so like all great things, enjoy in them in moderation. There are some very impressive ingredients in these muffins. Allow me the opportunity to share with you a few of the health benefits of cinnamon, vanilla, and coconut sugar. Cinnamon- This is a spice with a very long history and many uses and benefits. It has a regulatory effect on blood sugar, and reduces pain from arthritis. Some studies have even suggested that cinnamon boosts cognitive function and memory, and that daily use can even lower LDL (bad) cholesterol. It is also a great source of manganese, fiber, iron, and calcium. Vanilla- It affects the central nervous system by working as an anesthetic. Vanilla help with any infections you may be fighting, ranging from cuts and burns to toothaches. It has anti-aging properties, and anti-oxidant properties, so it’s wonderful to include in skin routines. Its delightful scent and healing properties are the reasons vanilla has been used historically in many types of creams, cleansers, and ointments. Coconut Sugar- Coconut sugar is a great alternative to traditional white and brown cane sugars which are not vegan in many cases. Cane sugars are often filtered using bone char. I have seen MANY “vegan” recipes that call for traditional white or brown sugar, but while not all use animal derived filters, most are not clearly labeled. Coconut sugar is NOT filtered and IS vegan- always. It’s also important to note that it has a low glycemic impact on our bodies. Coconut sugar burns slower so there is no sugar rush and subsequent crash, healthier for all us especially those of us, such as diabetics, with sugar related issues. With all these healthy ingredients, you can not only enjoy the taste, but also reap health benefits from trying this super easy cinnamon mini-muffin recipe. 1.) Preheat oven to 350 F
2.) Grease the muffin pan with coconut oil approximately ¼ cup, use as much or little required to coat bottom and sides
3.) Melt the vegan spread (I used Earth Balance Vegan Buttery Sticks) on a low heat in a small skillet
4.) In large bowl add flour (I used Bob’s Red Mill Gluten Free Baking Flour), cinnamon, salt, vanilla, and water, then blend together.
5.) Add the melted vegan butter to the mixture.
6.) Use an electric mixer or beater, stir on medium setting for about four minutes, until creamy
7.) In a separate bowl mix additional 3 tablespoons coconut sugar and 1 teaspoon cinnamon. Set aside.
8.) Spoon the dough mixture into the muffin pan about 2/3 high
9.) Sprinkle lightly with sugar/cinnamon topping
10.) Place in pre-heated oven.
11.) After about five minutes, sprinkle muffins again with topping mixture.
12.) Wait approximately three to five more minutes then remove from oven. Let cool, enjoy.
Great as an afternoon snack with your favorite cup of coffee or tea. That’s just my suggestion-please don’t feel you need to limit yourself to the afternoon-they taste just as amazing any time of day 🙂 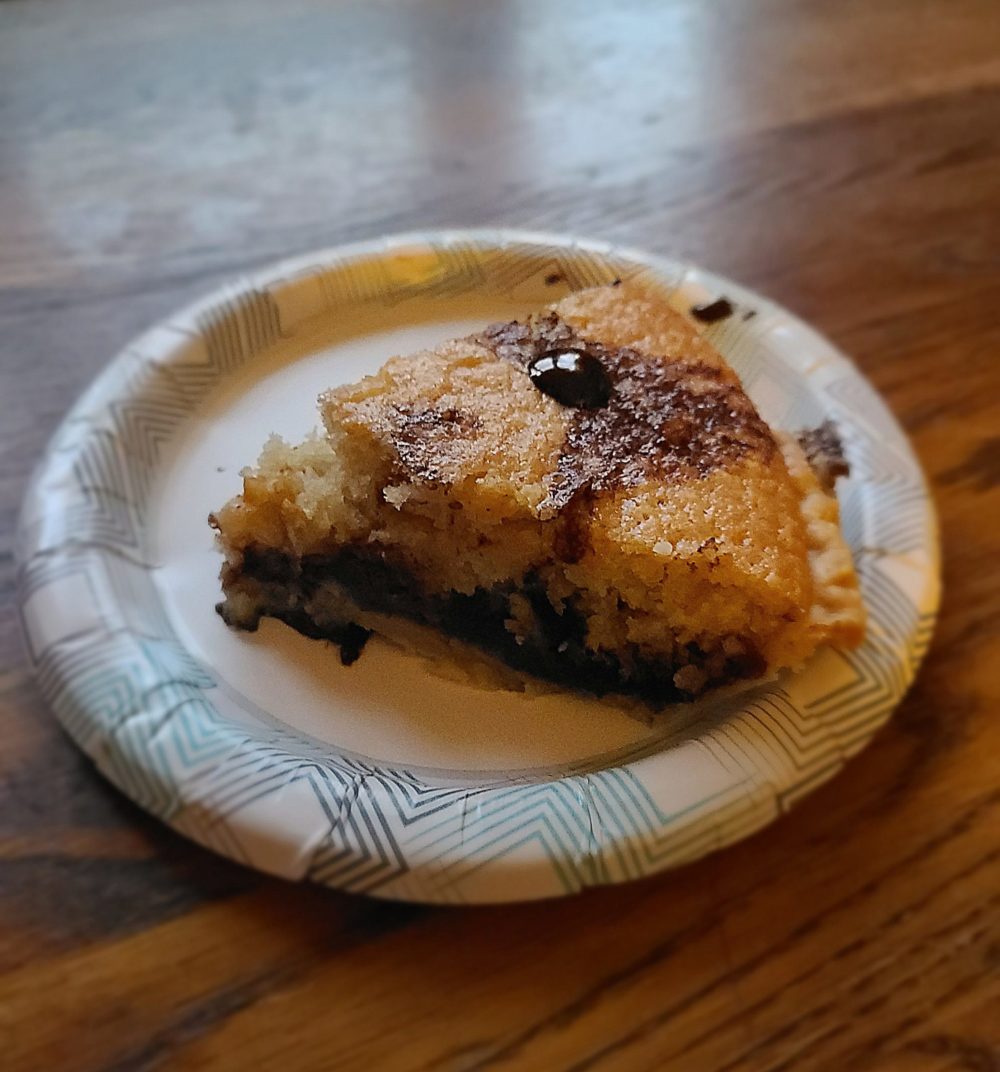