Ask a general audience whether they’d be down to wear fur, and chances are that many—if not most—will say no. We’re well into the third decade of the 21st century: fur is a deeply passé symbol of animal cruelty, selfishness, and conspicuous consumption. But ask the same group of people whether they’d be willing to wear leather, and chances are most—if not all—will say of course. Although it is the product of animal exploitation just like fur, leather is still socially acceptable.

Thankfully, this seems to be shifting, as an increasing number of consumers, media, and brands recognize the exorbitant ethical and environmental costs of leather. A common refrain has been that leather is a byproduct of cows raised for meat, and therefore those animals “would have been killed anyway.” From an ethical perspective, superimposed exploitation of beings doesn’t negate the first violation—that would be akin to saying repeated sexual assaults don’t count after the first one. Even those who are uninterested in animal ethics are beginning to acknowledge that cow farming is responsible for a staggering amount of greenhouse gases, deforestation, and pollution.

All this is enough to make even non-vegans reconsider the mindless acceptance of leather in their lives. And the timing is ripe, as numerous brands rush to develop biodegradable leather options from pineapple leather to bacterial cellulose. This new generation of vegan leather companies set themselves apart from the earlier generation by their focus on true sustainability and circular economy. 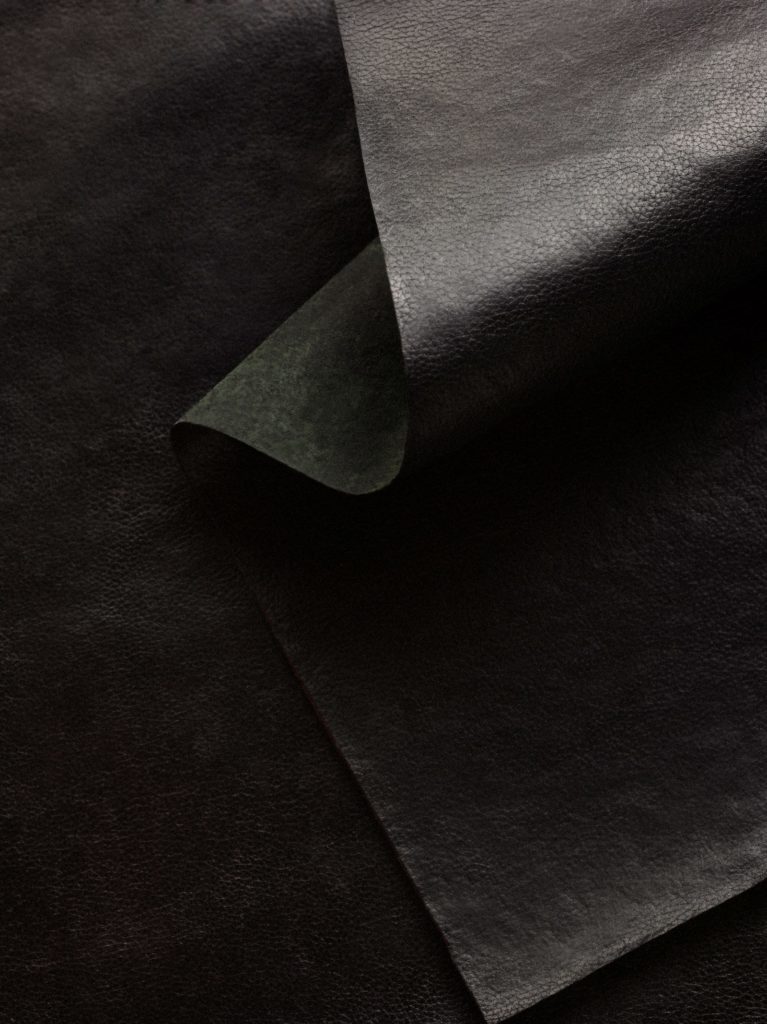 Reishi is one of these brands that is currently making waves with completely biodegradable mushroom leather. Founder Philip Ross started experimenting with mushrooms 20 years ago as a chef and an artist. Eventually, he teamed up with scientist Matt Scullin to develop a material that can be used in the fashion industry. Not only does Reishi look and feel like leather, it can also be grown into specific shapes like a pair of shoes or a tote bag—making the production as close to zero waste as possible.

It is also vegetable-tanned in a tannery in Spain, giving it a familiar artisanal look while being completely biodegradable. So biodegradable in fact, that if you add it to your fertilizer, it can even speed up crop growth. The mushroom leather is grown from waste materials, and since fungi generally thrive in dark, humid environments, the factories will run on low power, as well.

The fashion industry is taking note. Vogue gave Reishi its blessing, and celebrities including Natalie Portman and John Legend have gotten in on the last round of funding. On social media, however, the reception was mixed. Commentators were quick to note that Natalie Portman, who is vegan, is the ambassador for Dior Beauty, which tests on animals, and that John Legend’s wife Chrissy Teigen is an avowed wearer of fur. Similarly, there is no mention of any vegan or animal-welfare sentiment on Reishi’s executive team, which includes Mike Todd, who most recently worked in as SVP of supply chain for leather conglomerate Coach. As with the explosion of dairy- and meat-alternatives in recent years, it seems as though money is a great deal more motivating than compassion. Ultimately though, if mushroom money talks, I’d be happy to let it, to benefit both the animals and the planet.