There’s A 1-Ingredient Eyebrow Growth Serum(!!)—What To Know & How To Use It

With lush eyebrows reigning supreme on Instagram (for how many years now?), many of us are in the market for an eyebrow growth serum, especially if we committed a few eyebrows sins in our younger years (never will we over-tweeze again!). Unfortunately, many varieties of eyebrow growth serum are laden with cheap, synthetic ingredients that ultimately fail to deliver desired results. 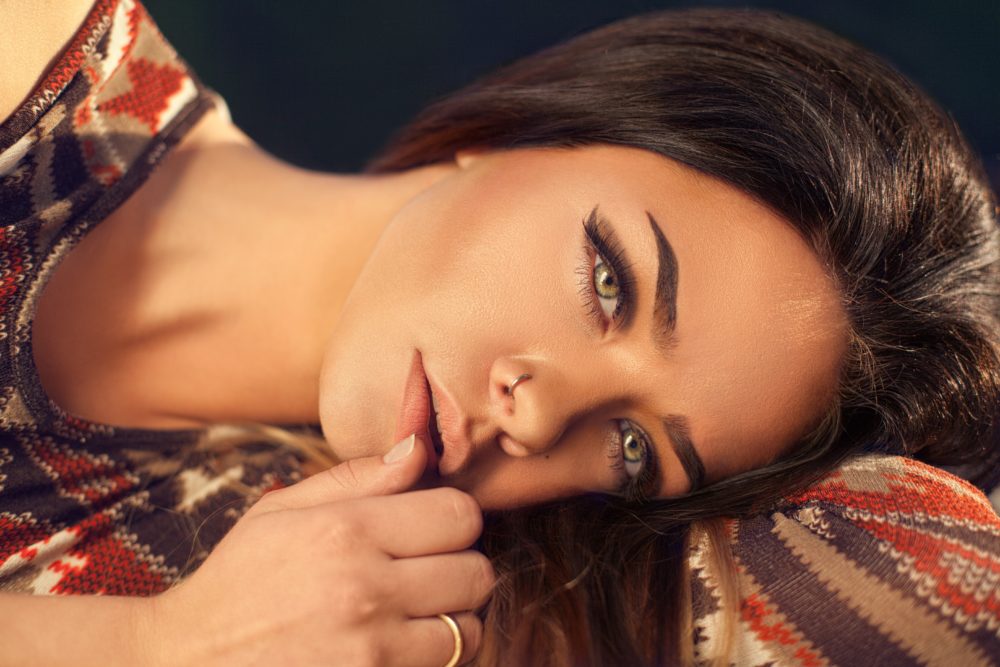 While no eyebrow growth serum can perform miracles or give you hairs where they never existed in the first place, there is one “serum” that may help you make the most of what you’ve got—and that’s castor oil.

Castor oil is a unique oil in that nearly 90 percent of its fatty acid content is a rare compound called ricinoleic acid. Coupled with skin-conditioning salts and esters, the ricinoleic acid in castor oil helps soothe inflammation and promote healthy circulation.

According to celebrity eyebrow guru Josh Beeler, castor oil conditions existing hairs to help keep them as healthy and as lush as possible, and it may also optimize regrowth of old hairs. “Castor oil helps to lubricate the follicle, which then aids the growing-in process for eyebrows. It’s the main ingredient in most eyebrow-growth serums, and the great news is you can buy it at your local drugstore. I recommend applying directly to brows and leaving overnight,” he explains. Most people begin to notice results in two weeks’ time, but full results may take months–so be patient!

How to Use Castor Oil As an Eyebrow Growth Serum

Once you’ve selected your castor oil, apply a thin layer to eyebrows every night using your finger tips, a q-tip, or a clean spoolie. Gently massage eyebrows for a few minutes to make sure each hair is coated in castor oil; this will also boost circulation and draw nutrients to the roots. (Feel free to experiment with castor oil, using it as a hair growth serum on your scalp, your lashes, and even your man’s beard!)

That’s the easy part. The hard part is sticking with the routine for a while and, if you’re in need of some “brow rehab,” keeping your tweezers hidden for at least eight weeks. Brow specialist Kristie Streicher cautions against tampering with even low-lying stragglers since removing those may send a signal to more MVP brow hairs not to grow (ugh!).

In the meantime, rely on a brow powder to help you survive the transition, practice healthy eating habits (enjoying hair-supporting foods), and keep on with your castor oil routine.

Note: Not all products benefit everyone, however. Even the most natural ingredients can cause unfortunate adverse reactions for some—including this person who had a severe reaction to castor oil or a product marketing itself as such. Her story illustrates that it never hurts to consult with your dermatologist and/or try a test patch of a product before proceeding full-speed ahead. Adverse reactions to castor oil are rare, but it’s important to listen to your body and play it safe when you’re in doubt.

Furthermore, always buy the highest-quality product possible (which does not necessarily mean the most expensive) from a reputable brand. In the case of oils, cold-pressed and organic are indications of a high-quality oil. (Here is one example of organic castor oil.)

Have you used castor oil as an eyebrow growth serum? Or a hair conditioner? Let us know in the comments below!

5 Tips for Growing Your Hair Out–Without Pulling it Out!

I Tried It: Natural Lash and Brow Enhancing Serum

5 Vegan Nutrition Tips for Healthy Nails
Waterless Beauty: Products To Conserve Water In Your Beauty Routine
Yes, You Can: Simple Steps To Putting On Cruelty-Free Faux Lashes For Mesmerizing Eyes
Can Conscious Breathing Detoxify Your Body?
PREVIOUS
Is It Time To Rethink Our Soulmate Definition? Why Happily Ever After Isn’t Real
NEXT
Cleaning With Essential Oils Is Sorta Life-Changing. 4 DIY Spray Recipes For Your Home
TAGS
diynatural beautyvegan beauty
SHARE