How To Break The Habit Of Over-Apologizing & Regain Power, Because #SorryNotSorry

The inability to cope with life’s many stressors can manifest into a myriad of negative, patterned behaviors — a.k.a. bad habits.

From biting your nails when you’re nervous to overeating when you’re bored — the vast majority of us are guilty of having at least one bad habit. And while they may seem perfectly harmless, bad habits can actually be extremely detrimental to one’s overall physical and mental wellbeing. Most people are well aware of their more obvious bad habits; however, there is one nasty habit that many may be doing reflexively and with very little thought: over-apologizing.

You’re drafting an email to your boss and preface it with “Sorry to bother you”; you’re in a meeting at work and chime in with a “Sorry, but I just wanted to mention”; you’re the last to arrive to a brunch date with friends and quickly belt out “Sorry I’m late” as you plop into your seat; someone bumps into you getting onto the elevator and you hastily exclaim “sorry” as you move out of their way — do any of these sound familiar?

Several years ago, a sketch on an episode of “Inside Amy Schumer” hilariously depicted the ways in which women are constantly apologizing for. no. good. reason. Set at a “Females in Innovation Conference,” the sketch features four highly intelligent women (we’re talking scientists and Nobel Prize winners!) who mindlessly rattle off apologies as they attempt to discuss their impressive achievements. While the sketch provides a good laugh, it’s also a startling wake-up call for the prolific apologizers of the world, especially for women as some studies suggest women are more likely to apologize than men.

Now, that’s not to say that you should never apologize. Issuing an apology is perfectly justified in certain situations (e.g., when you’ve done something — whether intentionally or accidentally — that has caused someone else pain), but saying you’re sorry excessively can actually convey to the world that you’re not confident and have low self-esteem. *Plus*, over-apologizing is incredibly disempowering!

So, ditch the profuse apologies and boost your self-confidence by being unapologetically you! Here’s how: 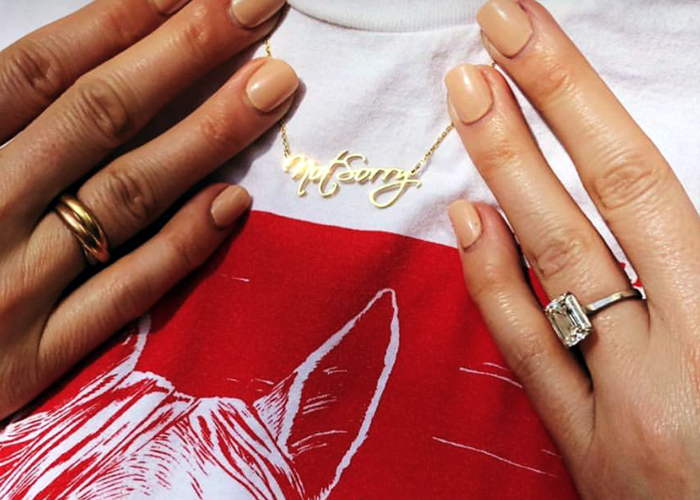 The best way to kick the habit of over-apologizing is by transforming your apologies into expressions of thanks. Instead of speaking negativity through words of guilt and regret, speak positivity into the situation by issuing uplifting words of gratitude. For example:

Kicking a bad habit permanently can appear to be a rather daunting task. 30-day challenges better enable you to form new, healthy habits because you’re able to set an end date: a short-term goal that you can reasonably achieve on your own terms. Month-long challenges also help hold yourself accountable for whatever challenge you’re trying to accomplish because you’re forced to keep track of them.

Try kicking your case of “sorry syndrome” by partaking in a 30-day no apologies challenge! Let us know how it goes!

In addition to saying “thank you” in lieu of “I’m sorry,” there are a plethora of words or phrases you can use when you have the urge to issue an apology. (Even Google agrees! There’s a Gmail plug-in — aptly dubbed Just Not Sorry — that warns you when you write “I’m sorry” and other words/phrases that can undermine your email!) For example:

3-Part Formula To Waking Up Alert And Refreshed, According To UC Berkeley Scientists
Christie Brinkley, Age 68, Shows Healthy Eating Mindset That's Pure Sunshine
I Drank Golden Milk Every Day For A Month. Here's What Happened
Traveling For The Holidays? Here's How to Stay Healthy and Sane
PREVIOUS
Ready To Bloom This Spring? Try These 5 Mindfulness Books To Spark Major Creativity
NEXT
Is It Possible To Be Too Inspired? 4 Ways To Check Yourself In Age of Wellness Extremism
TAGS
balancewellnesswomen
SHARE