At the beginning of October, the World Expo 2020 Dubai opened its gates one year late. For six months this massive event will welcome visitors from all over the world who want to witness all the new ideas and inventions different countries around the world have developed in order to strive for a better tomorrow. With the Expo being one of the first major global events since the Covid-pandemic started, it is nice to look at what is going on there, what the history of the World Expo looks like and what we can take away from it for the future.

History of the World Expo

The World Expo is a recurring, six-months long event that happens every five years. It’s a large exhibition showcasing inventions, ideas and creations from all over the globe and invited every nation on earth to participate and showcase their innovations. The idea behind this event is to help nations come together, share ideas, learn from each other and work together to pave the way for a new way of living and create progress.

The first Expo was the 1851 Great Exhibition held in London. It’s seen as the first international exhibition for manufactured goods and had a massive effect on future developments in society.

At the beginning the time between each Expo differed, but since then 5 years has been adapted. Each World Expo deals with different themes. The title of the first one in London for example was “Industry of all Nations”, the 1939/40 New York Expo affected by World War Two was called “Building the World of Tomorrow” and the subject of the last Expo in 2015 in Milan was “Feeding the planet, Energy for life.”

What the World Expos have given us

Generally, one can say that the first Expos were focused on technological advancements, international trade and new developments. This era of world fairs until the second world war brought out many still existing inventions and constructions, including the Eiffel Tower. From the 1940s onwards the overall theme changed to a more cultural and social aspect and social progress instead of just focusing on indsutrial achievements. The third era of World Expositions and the one we are currently in, is more of a nation showcase. Over the years, more and more countries started presenting at the Expo and wanted to show what their country had to offer and what advancements and ideas they can bring to the table.

Many Expos had fantastic creations and innovations that have benefitted the entire world. Even Walt Disney created a “Carousel of Progress” for the General Electric Pavillion at the 1964 New York Expo and can now be found at the Magic Kingdom in Walt Disney World. Some of the most famous ideas and developments that were first properly introduced at a World Expo and have since then remained part of most people’s lives or societies in general are the following:

After a one-year delay due to the Covid pandemic, the World Expo in Dubai began on October 1st, 2021 and is running until March 31st, 2022. For the first time ever, every participating country has their own pavilion and there are 192 of them to explore. Additionally, there are many partner- and theme pavilions to visit.

The theme of the Expo 2020 is “Connecting Minds and Creating the Future” and the three core elements, which also make up the structure of the Expo, are Sustainability, Mobility, and Opportunity. Each country is located in one of these three districts and there are three big pavilions that cover the overall topic as well. Every new invention and development that is being introduced at the fair deals with the questions how global challenges can be handled in a sustainable and long-lasting manner, how all humans can work together and how technology and digitalization can benefit us in tackling future problems and in working better together.

There are also specialized pavilions. For example, the Women’s Pavilion highlights outstanding women throughout history who have changed the world for the better and who are still making an impact today. It also shows the gender inequality that is still present everywhere, the effects of it and what can be done in order to create a more equal and just future. Then there is also the Emirates Pavilions, showcasing how flying will change in the next decades. 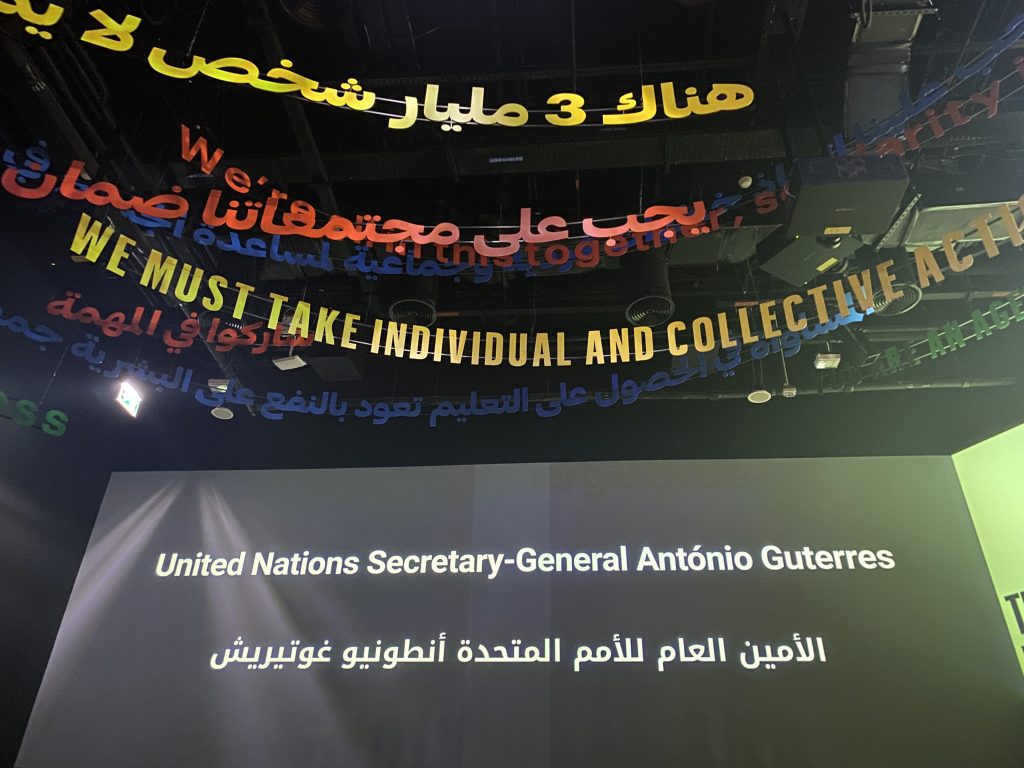 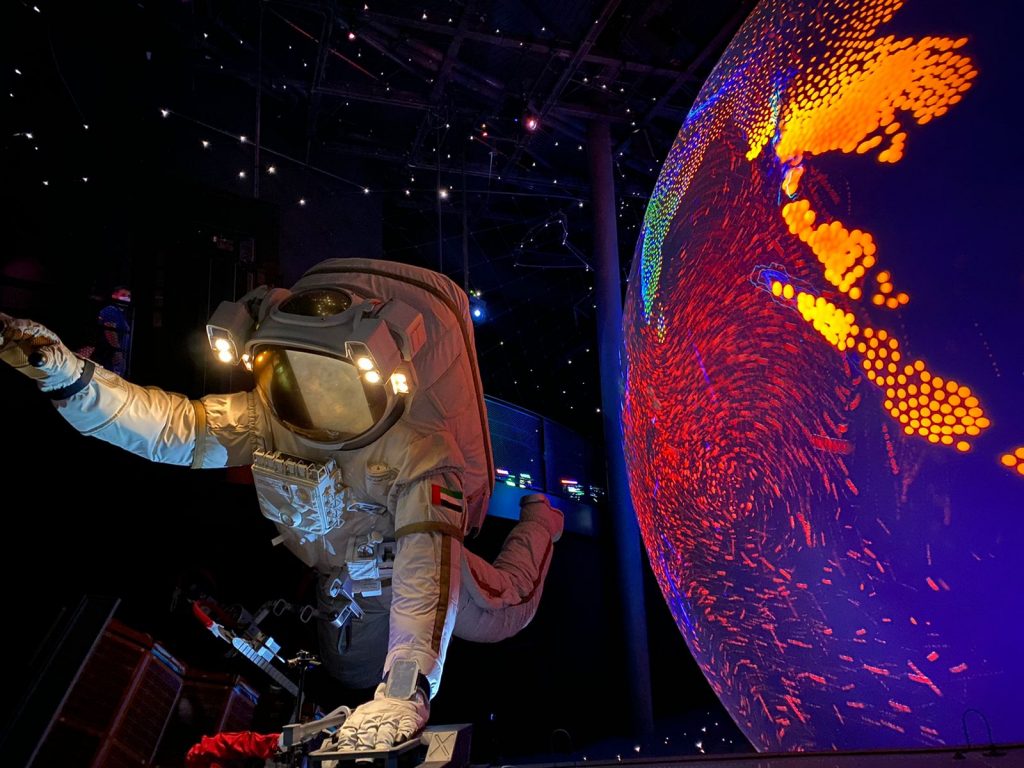 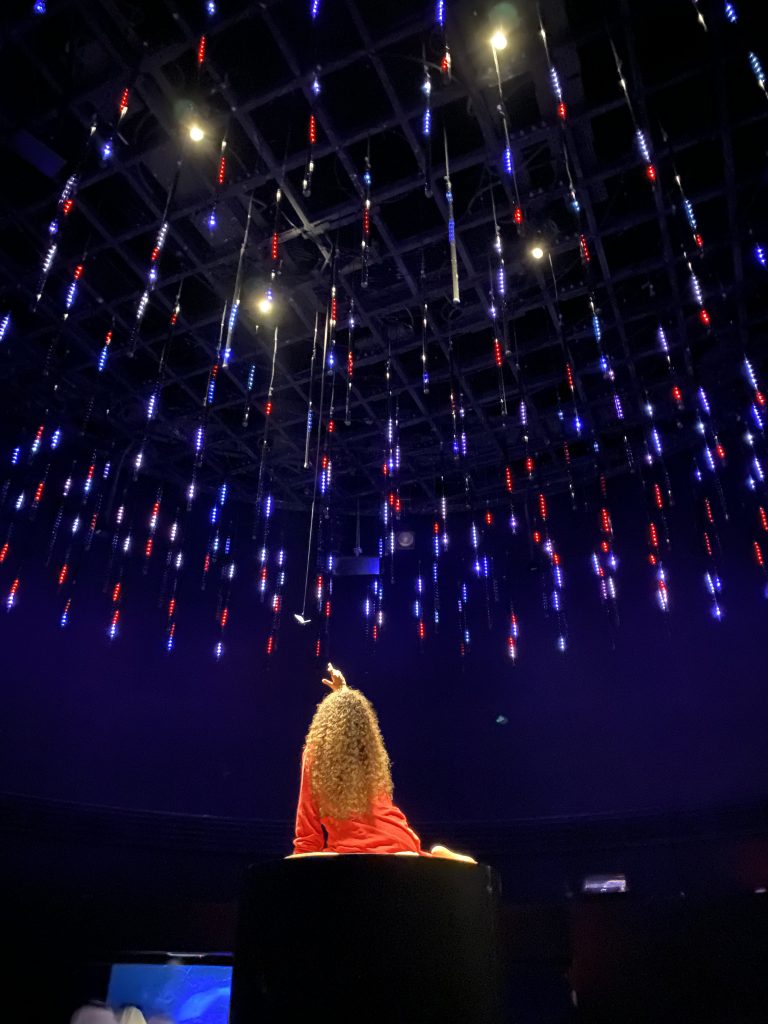 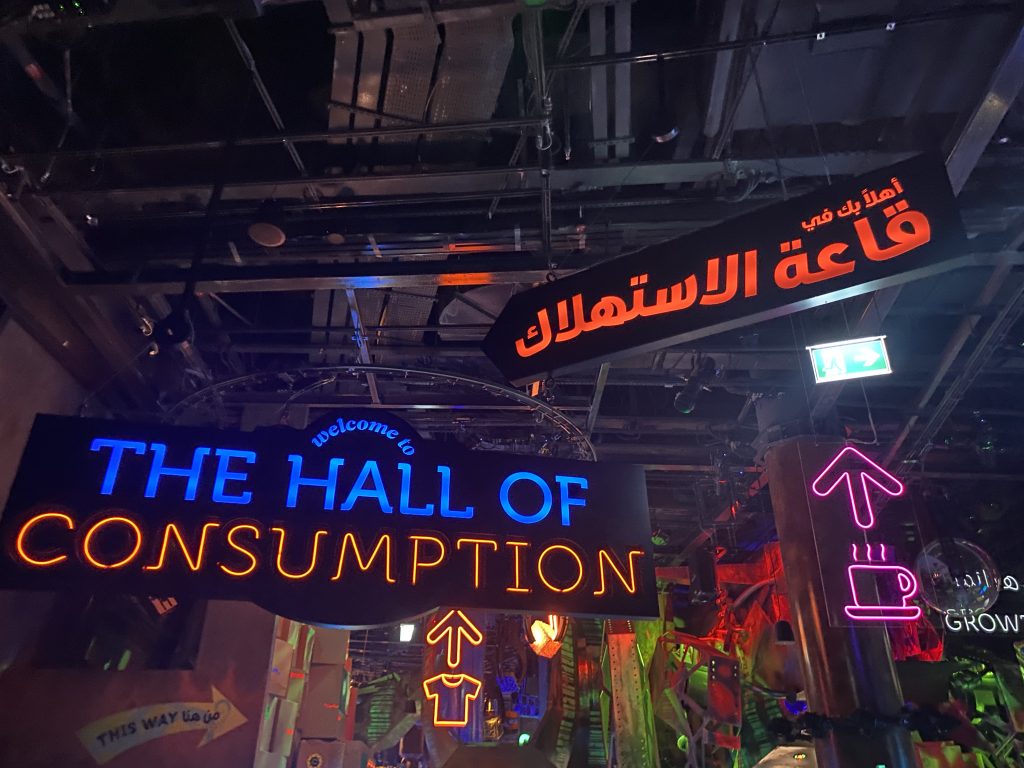 Not everything is picture-perfect with the Expo 2020 Dubai

Before the Expo in Dubai began there have been both positive and negative effects. When construction began, the Geneva Council for Rights and Liberties pointed out the exploitation of migrant workers in the UAE. Working conditions for many migrants in the country are not very good and there are no real laws protecting them. When most of the country was in lockdown due to the pandemic, many construction workers still had to continue working. They also have to work in the intense summer heat. The European Parliament even passed a resolution against the Expo shortly before the start of the event and Human Rights Watch urged participating nations to use their platform to spread awareness of the human rights violations happening in the UAE.

Yet, there have also been some positive effects of the event.  For example, back in 2019, the country allowed Israeli passport holders to come to the UAE during the Expo as Israel was also permitted to have a pavilion there. Considering how tense the relationship between Israel and many Arab countries is, this was seen as a huge step forward, especially since the two countries have since fully normalized their relations and are not limited to the Expo times anymore.

A major issue for many is though, that the UAE are focusing the Expo around tolerance, unity and equality while in the rest of the country many people are treated inhumanely, women aren’t equal to men and people are being arrested for speaking their mind or loving who they love. 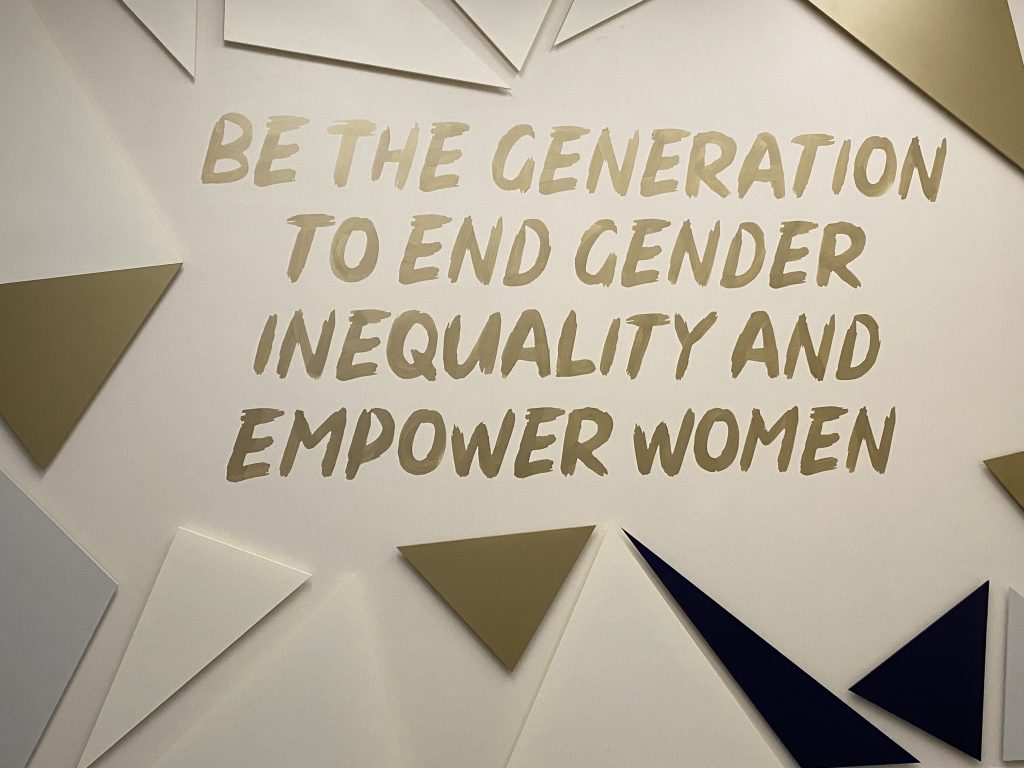 Looking at the future

Especially after 2 years of global pandemic, countries being shut and everything going virtual, it has been great to see all these different countries and people coming together for the Expo. It truly gives you a feeling of things slowly going back to a somewhat normal. You can feel the excitement of people finally getting back together with people from all over the world, to experience different cultures and to see the ideas that are being developed in every corner of the earth to make our world a better place for us and future generations. While the previously mentioned negative aspects should definitely not be forgotten, the Expo 2020, like all the other Expos before it, are a great sign of different nations coming together to work towards a greater tomorrow. 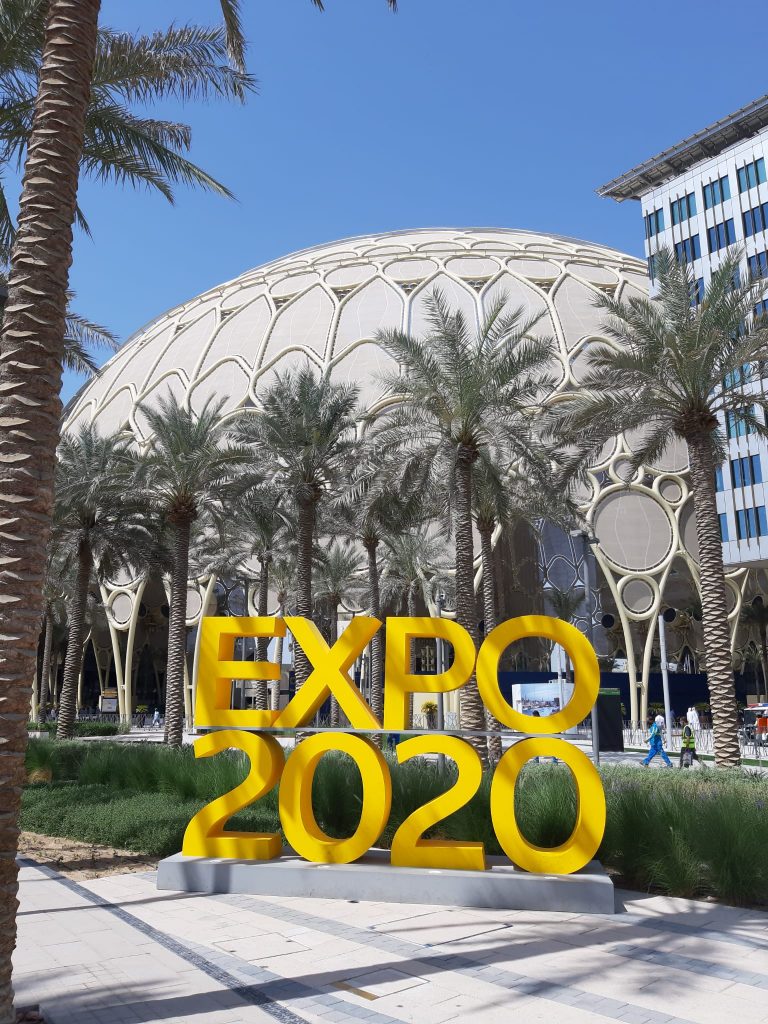 This Surprising Factor Is The #1 Indicator Of Environmental Engagement. Why This Matters
LA Makes History By Signing The Plant Based Treaty
Here Are The Vegan Trends Of 2022—And What Will Follow In 2023 & Beyond
The Rise Of Bespoke Fashion In An Amazon Marketplace World
PREVIOUS
Is Age Just a Number? How Much Age Matters In The Dating World
NEXT
Guide To Finisterra, Spain—A Secret Hippie Town At The End Of The World
TAGS
newstravel
SHARE