Why I Broke Up with Soy: On Becoming Soy-free Vegan 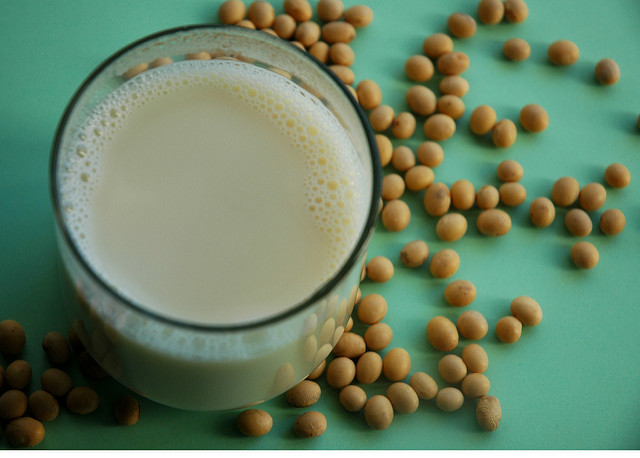 It all started in 2009 when I joyfully went to get my annual pelvic exam. Surprisingly I was diagnosed with having fibroids, which are benign tumors usually found in the uterus. I couldn’t believe it. Me?
But I’m known as the healthy one among my peers.

Even though my doctor told me that the exact causes of fibroids are unknown, I was determined to find answers. After doing tons of research, I found out that hormone imbalances such as an over production of estrogen could be a major culprit. So I looked into a vast array of possibilities regarding my hormones. I wondered if there was something I could be doing to contribute to this.

I realized at that time in my life, my soy intake had become more than 50% of my diet for about four years. So I looked into the effects of soy in the body. I was surprised to find out that soy can have an estrogenic effect. Aww darn-it, and here I thought I was doing so well with my diet. I was an on and off vegetarian, having only eaten eggs and some turkey from time to time, with barely any cheese. The rest was lots of veggies and fruit. Well, I guessed, there was more to be done.

After a while, I decided to be a vegan for 15 days, detox my body and divorce soy. When the fifteen days were up, I was astonished at how easy it was and how great I felt. I decided to keep going for a little while longer. After about two months, I had an epiphany. “Hey, I think I’m actually vegan now!”

I had not only jumped into being a vegan but also a soy-free vegan. To top it off, I am a personal trainer that shows her abs in fitness classes all the time, so overeating bread and potatoes were out. I not only have to be responsible for my own health but the health of the planet and my looks as well. It may seem like a lot of work and pressure but strangely enough, looking for delicious and nutritious food options is kind of exciting to me. I realized there are so many awesome ways to get protein and amino acids. The key is variety and timing, which is why I fool around with a lot of different beans, seeds and pea protein.
I love starting my day with a delicious breakfast packed with protein, like oatmeal with cinnamon, walnuts, raisins and almond milk. This is my protein and higher carb breakfast prep for gym day:

My ½ cup oatmeal gives me about about 136 gram of carbohydrates and 22 grams of protein after I add walnuts.  Don’t let the innocent friendly fruit fool you, this is a high calorie breakfast.  This breakfast is about between 600-1000 calories, depending on your serving size for each item.

But I go hard at the gym and the rest of my calories for the day will usually only be about another 1000, consisting of veggies and legumes.

I also found a great complete protein powder out called “PlantFusion Complete protein.” It has no soy and no gluten. Dinner is usually spontaneous with about 2-5 different sources of protein.

The bottom line is I don’t even miss soy. I do get a little irritated that soy is everywhere I turn now. But hey, that’s just one of the nuisance you have to tolerate when dealing with such a high-profile ex love.

Why I Went Gluten-free Vegan – Benefits and Results

I’m Grateful I Found the Medical Medium—My Experience & A Word of Caution And Hope
How I Broke Up With Cellulite Thanks To Ayurveda
10 Can't Miss Trader Joe’s Vegan Products to Add to Your Shopping List
20 Cooking Hacks I've Learned As a Chef At A Slow Food Restaurant
PREVIOUS
Ask PD: How Do You Get Adequate Nutrition as a Vegan?
NEXT
How to Create a Bright, Functional Kitchen on Any Budget
TAGS
healthy eatingsoy free
SHARE

Ayana
Ayana is a personal trainer, yoga instructor, nutrition coach and spiritual herbalist. She has been in the fitness industry for over 10 years and likes to think of herself as a Wellness Concierge. After becoming a vegan and an herbalist, Ayana founded The Nataki Wellness Center and Cali Vegans. The Nataki Wellness Center is an online holistic, healing center for the mind, body and spirit. Ayana believes we are all spiritual beings having a human experience and that The Almighty has provided us with everything we need on this planet to have a healthy, joyful and fulfilling life. This belief is what motivates Ayana to live and promote true healthy, holistic lifestyles.
View all author posts →