5 Ways Hugs Can Heal Your Mind and Body 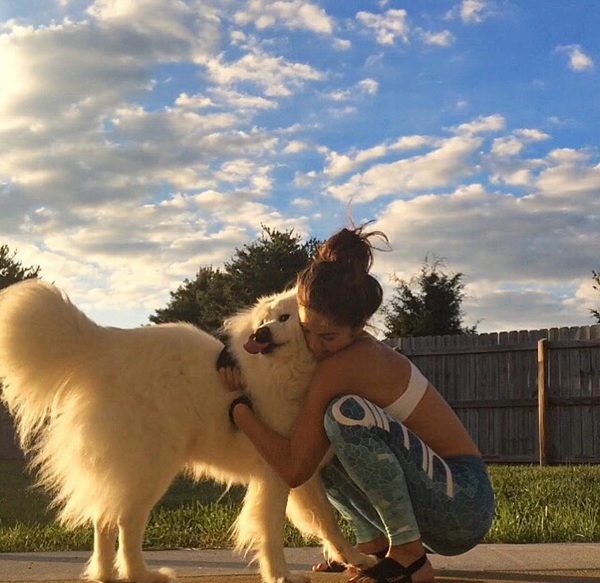 One of the very first things we experience as humans is being held or hugged by another person, and one of the most widely-recognized forms of love is shown in that same way. Whether you’re 98-years-old or 8-years-old, whether you’re an introvert or an extrovert, you probably know from practice that giving or receiving a real hug can feel great.

It’s obvious that hugging gives us a feeling of comfort, but what is not obvious to us is that there are many other things going on in our bodies during that time of contact. Research shows that a simple hug, if done properly, has the ability to alter our physical and physiological selves.

Here are five changes that probably occurred in your body during that hug you gave your partner/pet/parents today:

1. Your stress level.
Praise the powers that be! Hugging really can make you feel less stressed! Although the drop in stress probably won’t be as noticeable as it is when you, let’s say, spend the day lying in bed, watching your favorite show while eating ice cream, it has been significantly noticed by researchers, so it’s worth a shot in my opinion.

A study done in 2013 found that the act of hugging an inanimate object can change the levels in our endocrine system (glands that secrete hormones into the bloodstream, such as the pineal gland, pancreas, hypothalamus, ovaries, etc.).

The study specifically focuses on the finding that hugging lowers our bodies’ levels of cortisol– the hormone that is released in response to stress and is the same hormone “responsible for high blood pressure and heart disease.”

2. How happy you feel.
Giving someone a hug could potentially turn his or her bad day into a better one, and the best part about this is that it only takes about 20 seconds to do so.

Scientist, Author, Speaker and Neuroeconomist, Paul J. Zak (aka Dr. Love), is an expert on oxytocin, or, what he calls the “moral molecule.” Oxytocin is a hormone made in the brains of mammals that is released during sex, childbirth and lactation. According to Zak, it is also released when you give someone a hug.

In his TED Talk, Zak shared the findings of his research on oxytocin and the way it affects our bodies. “So oxytocin connects us to other people. Oxytocin makes us feel what other people feel,” he said. Zak also said he found that people who release more oxytocin are, generally, happier. “And they’re happier because they have better relationships of all types,” he said.

3. Your feeling of trust.
Oxytocin alters our feelings of trust, which is, in my opinion, a good thing. A more trustworthy world might be a kinder one.

In Zak’s same TED Talk about his studies with oxytocin, he discusses one study, in which 200 men were put on either oxytocin or a placebo drug. The results he found showed that the men who were on oxytocin showed more trust than the men who weren’t.

4. Your mood.
Another physiological affect hugging has on our bodies has to do with the balance of our emotions and moods.

Serotonin, the chemical/neurotransmitter that carries signals along and between our nerves, is responsible for our moods and is altered when we give or receive a hug.

By increasing serotonin (responsible for calm, contented mood), which helps regulate dopamine (excess of which can sometimes result in aggression), physical touch helps to balance your mood and behavior.

So, hugging has the ability to adjust our levels of stress, happiness, trust and nerves. This means that hugs are also probably capable of fighting negative things, such as sadness, loneliness, depression and anger.

If, while reading this, you thought to yourself, hugging makes me feel awkward, so this isn’t going to do anything for me, I know where you’re coming from. I really do. As a person who has struggled with social anxiety her whole life, I’ve felt that physical contact with others was a stretch too far from my comfort zone. Hugging just wasn’t on the “ways to show my love” menu, and it wasn’t just a rule I had solely for people I barely knew– it was for everyone—even family members.

If you are a person who likes to give hugs, keep it up. You’re doing more for others than you think.

But hugging is something that can promote good health, in multiple ways, so try and push through those self-set boundaries. Give a hug and receive the benefits!

Why You’re So Tired (And How to Reduce It)