Burning Sage To Cleanse Your Space? Why You’ll Want To Think Twice

Right now, it seems like white sage is everywhere—suddenly, this herb is popping up on witchy Instagram accounts, in New Age shops, and even in drinks and baked goods. Recently, Sephora even floated the idea of selling a beginner “witch kit” complete with a sage smudging stick. Sage has been used for spiritual purposes for centuries, but now, it’s becoming a major trend in the health and wellness world. Where does sage come from? What’s driving this big demand for sage? And should we really all be getting in on the hype?

White sage, technically named “salvia apiana,” is also known as “bee sage” or “sacred sage.” It grows in the southwestern US and northwestern Mexico, and it’s usually found in southern California and Baja California. Its natural habitat is known as the coastal sage scrub habitat.

White sage has a strong, noticeable scent when burned. Native American tribes along the Pacific coast used white sage for various purposes. For example, the Cahuilla tribe mixed it with flour and sugar to make dough for biscuits and bread, and they also steeped it to make sage tea. The Chumash tribe ate the leaves and seeds of the plant. Many tribes in this general area burnt white sage leaves in a practice known as “smudging.” This ceremony was said to cleanse negative energy from a dwelling, and smudging sticks could also be used in ceremonies to cleanse individual people or objects. The current popularity of sage started a couple years ago, but it’s becoming more noticeable now as bigger companies attempt to capitalize on this herb. Over the past few years, more and more people have gotten involved in paganism, Wicca, and other goddess-centered religions that are focused on nature worship. Lots of women are also dabbling in witchcraft and doing ceremonies and rituals that involve a wide variety of herbs. Since white sage has been traditionally been used by Native Americans for spiritual ceremonies, people interested in these paths began using it in their own practices.

However, there has been some opposition to the sale of spiritual herbs that were originally used by indigenous people, and people can easily get the details of these traditional ceremonies wrong. Some tribes even had rules around when sage could be picked to be used in a ceremony—for instance, a ritual might require sage that was picked in the evening under a full moon at a certain time of year. Furthermore, smudging sticks sold by large companies may not even contain the herbs they advertise, and some can contain materials that are actually toxic when burned!

In addition, many companies that are selling cheap bundles of sage are not harvesting the herb sustainably, and because of this, its natural habitat is being threatened. In order to grow back, sage leaves must be pruned correctly, and the base of the plant has to be left intact. However, many companies are simply clearcutting fields of sage—which means they’re cutting off the plant at the base, making it impossible for it to grow back. This kills the plants and over time, it can alter the natural ecosystem of the area. Then there are even those who are taking white sage from public lands without a permit. In June 2018, 4 people were arrested after illegally harvesting over 400 lbs of white sage from North Etiwanda Preserve in California. Thankfully, white sage is not endangered; but if companies continue to sell it in mass quantities, and as climate change and record-breaking droughts further stress the ecosystems in California, it could easily land on the list of threatened species. 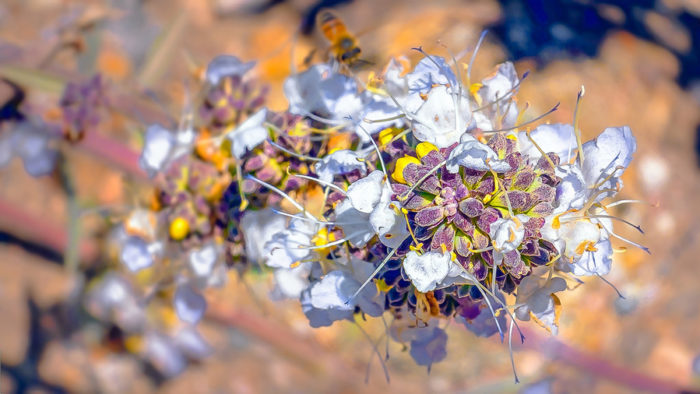 So, should you personally be using sage in your spiritual practice? There isn’t necessarily a right or wrong answer to that question—but it’s best to err on the side of caution. Whenever we’re engaging in a practice that comes from a culture we’re not a part of, we should always do our research and make sure we’re respecting its roots—and sometimes, that could mean simply not participating. Other herbs like lavender, sweetgrass, and cedar are also said to have cleansing properties, so you have plenty of other options to choose from.

If you do choose to use white sage, make sure to consider the origins. You can grow your own, carefully prune wild sage, or find a local, organic farmer who provides information about their own sustainable harvesting methods. After all, if you’re going to purchase an herb to cleanse your space, you want to make sure that your money is going towards people who respect our environment. Being conscious consumers means doing our homework when it comes to making purchases, and this is especially true for anything we’re buying for spiritual reasons. The witchy aesthetic may be all the rage right now, but remember, just because a company markets something as spiritual doesn’t mean that they are doing things ethically behind the scenes. What are your thoughts on the sage trend?

Also by Jane: Research Confirms Active Rest Is Essential To Getting Ahead At Work. Here’s How

Related: Are Trendy Supplements Actually Worth It? How To Find Only The Best For You

Medicinal Mushrooms Are Trending Among Celebs. Could You Benefit, Too?

How To Protect Yourself From Negative Intentions And Words Of Others
How Death Doulas Can Help Us All Heal
How Hypnotherapy Transformed Me
Take Your Activism To The Next Level: 9 Environmental Books We Should All Be Reading
PREVIOUS
Electric Cars Will Not Save The Planet—And Their Ecological Cost Is Shockingly High
NEXT
‘Sexiest Vegan’ Maggie Q’s Genius Advice For Thriving On A Vegan Diet
TAGS
balancebetter homeholisticnewswellness
SHARE