Read This Before Shelling Out for Those Magnetic False Lashes

When I first heard about One Two Cosmetics’ ingenious faux eyelash, One Two Lash, I immediately wanted to get my hands on them. One Two Lashes are the first false eyelashes to adhere to the eyelashes with magnets! (Don’t worry, I’ll explain.)

As someone with rather modest lashes and little patience when it comes to applying conventional false lashes, I’m perpetually in the market for an innovative lash product to basically give me lashes from nowhere (I know, such high expectations!). In early August, I pre-ordered a set of the Original Lash ($69). (The pre-order price was easier to swallow than the lashes’ current price.) After months of not really knowing when I would get my new magnetic lashes, they finally arrived shortly before Halloween. Because the lashes received a lot of hype before many of the One Two Cosmetics customers received their lashes—and because they’re vegan and chemical-free!—I wanted to share my experience with them here—just in case you were thinking of picking up a set before the holidays. Magnetic eyelashes. You can tell upper and lower sets by the red dot.

With about 40 minutes of tedious practice, I was able to secure the magnetic lashes. There really was a bit of trial and error involved, but now I can get them on in a minute or less. There’s no glue needed. The best part about this product is probably the cool case…

The magnetic lashes are removed by using the thumb and forefinger to slide the magnetic strips apart. The lashes should never be pulled off the eyes. One Two Lashes can be used indefinitely with proper care (if you want to keep using them, of course). They may also be used with mascara provided the lashes are gently cleaned after wearing. The lashes come in a luxe box with designated magnetized sections in which to store the lash strips.

How Magnetic False Lashes Worked for Me

I wanted so badly to love these—especially after the long wait to receive the product, but I was a bit underwhelmed.

I didn’t so much mind the time it took to learn to apply them. My problems were really about the way the lashes looked. The lashes don’t really fit around the outer curve of the eyelid, which gives them an abrupt look and makes them difficult to “blend.”

These lashes would certainly suffice for photos (but not close ups) and for festive costumes and party wear. But a pair of synthetic lashes from the drugstore also suffice for those purposes—and are pretty darn cheap!

In the market for faux lashes? Save your $$$ and pick up a beautiful set of lashes by Georgie Beauty, a vegan and cruelty-free lash company (that’s so chic!). [Updated September 2020: Georgie Beauty is no longer in business. Argh.] Ardell also offers numerous varieties of false lashes, some of which are available at your average drugstore, which is where I might head the next time I want a lash adventure. After all, my eyelash icon Lana del Rey is apparently obsessed with lashes from the drugstore. If they’re good enough for her, they’re good enough for me 😉 I recently decided to give One Two Lash another try. The glam case peeking out from the corner of my beauty kit had me convinced that if I gave it one more go, I might just be able to pull them off. (Alas, such is the power of beautiful packaging.)

To really give it my best shot, I decided to apply a healthy dose of eyeliner and mascara to “blend” the magnetic false lashes—and then wear them in public on a girls’ date. I met two of my friends for lunch and asked them both what they thought of my eyelashes. (Maybe I was being too critical of the lashes this whole time?)

Taylor*, who was giving me a ride, got the first glimpse. I really trust her opinion because she’s a fellow beauty addict and has seen more YouTube makeup tutorials than I can fathom.

Taylor wasn’t convinced: They look too straight—and why don’t they cover your entire lash? And they awkwardly start in the middle, was her assessment. Dependably, she had a YouTube recommendation.“You should really watch Manny MUA’s video about them. It’s everything.”

When we got to the restaurant, I asked our friend Eleanor* for her opinion of my magnetic lashes.

Even up close? I asked.

“Well, it looks like they’re falling off at the edges…”

They weren’t, of course, falling off. The outer edge of the magnetic lashes remains straight rather than conforming to the contour of the eye. That said, I didn’t feel too self-conscious while wearing them in public. I knew they weren’t adequately fitted to my lash line, but I figured that from a distance, they probably looked okayish. I would just want to be standing at least six feet away from anyone who saw me. Bottom line: My initial feeling about One Two Lash is unchanged. I love the concept of magnetic false lashes, and I’m looking forward to seeing updates from the company, but these simply don’t look quite right on my eyes—whether I put them on the outer corners (as instructed) or closer to the center (where they’re less likely to have that falling-off look). I knew that the packaging and quality of the lash materials may not have the same luxe feel as One Two Lash, but if I’ve learned anything about beauty products, it’s that packaging and branding aren’t everything, so I gave them a go!

Below, you’ll see my results with iLashes. They’re a bit bolder than One Two’s “Original” set, but I encountered a lot of the same problems with them: I had trouble finding the right spot along my eye line so they’d look the least awkward; the lashes have a similar “abrupt” look in the center (it’s a bit more pronounced than One Two given how dense these are); and finally, the lashes are straight at both ends, meaning they don’t contour to the curve of the eye (whhyyyy??). 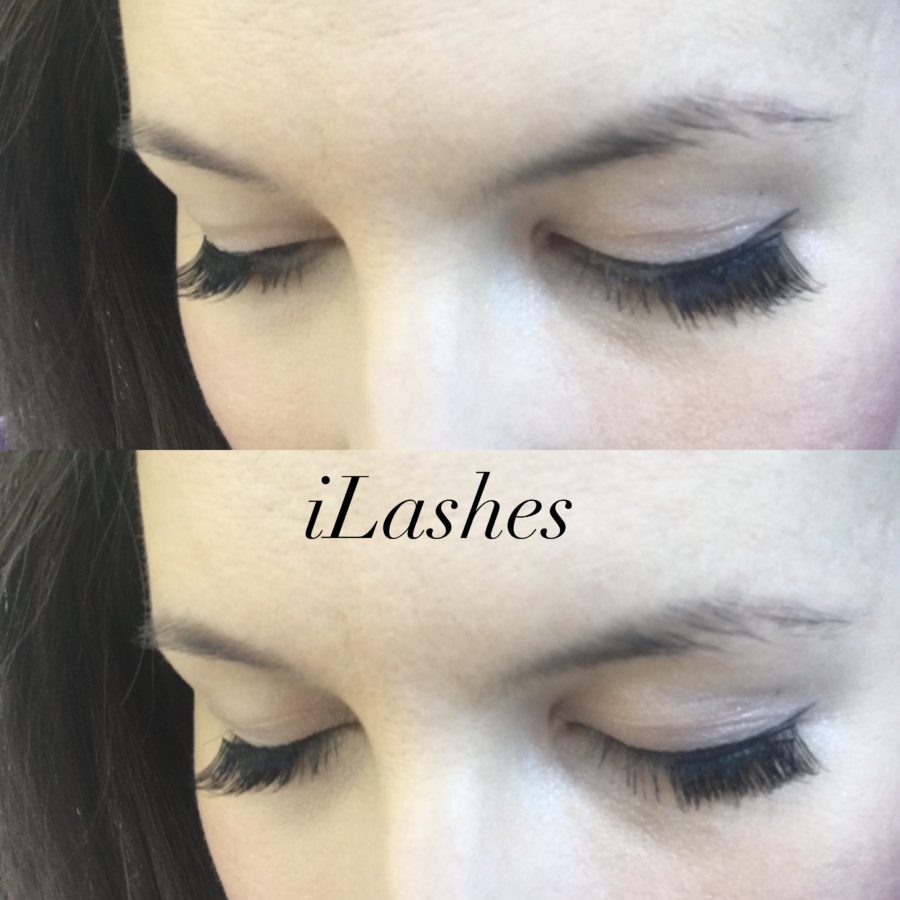 Bottom line: I didn’t feel that the iLashes magnetic false lashes were much different than those made by One Two when it came to end results. One Two remains the most luxe brand of magnetic false lashes, but I’ve just got to accept that they don’t quite agree with my eye shape—but that’s not to say that they won’t work for others since everyone’s eye shape is a bit different. While I realize that the whole point of magnetic false lashes is to take the hassle out of applying false lashes, I don’t believe the lash payoff outweighs the no-glue aspect of either brand of magnetic lashes (or their cost). I prefer old favorites Ardell or Georgie for my false lash needs—but lo and behold, Ardell has created its own version of magnetic lashes. From what the internet and my friends tell me, Ardell magnetic lashes pose the same challenges as One Two and iLashes. But the dream of magnetic lashes just refuses to die: in 2018, makeup artist Laura Hunter invented and launched The LashLiner System which involves a liquid magnetic eyeliner and magnetic lashes. You put on the eyeliner per usual, and let the magnetic eyelashes snap onto your line. A bundle of eyeliner and lashes will set you back $55 (free shipping), a pretty good deal compared to One Two. This sounds promising! This one is a more natural style called “Portland”—the thickness and length range from New York (elegant) to Las Vegas (va va voom!).

According to the company site, the eyeliner and the lashes only use FDA-approved ingredients, although the idea of putting on liquid magnetic makeup does give me pause. At the very least, know that you shouldn’t be exposed to electromagnetic fields or MRI machines while wearing this eyeliner—or magnetic lashes of any kind, for that matter. If you’re going to shell out $$$ on lashes, they better make you look like a snapchat filter is all I’m saying…

Have you tried any fun lash products? Let us know below!

*Names have been changed to protect the innocent.

How to Nail “Less Is More Makeup”

Here's The Proof That A Vegan Diet Makes You Fabulous At Every Age
I Tried LeafSide Meals, Whole-Food, Plant-Based Meal Delivery Service. Here's My Review
I'm Taking Ketamine For My Mental Health. Here's How it's Going.
Waterless Beauty: Products To Conserve Water In Your Beauty Routine
PREVIOUS
Mental Congestion? 8 Healing Habits That Will Help You Clear Your Mind
NEXT
Winter Acne Is Surprisingly Common As The Weather Cools. Here’s How To Clear It Up
TAGS
all natural makeupbeautyi tried itvegan beautyvideo
SHARE