Opinion: Why We Should Equalize Pay for "Passion" Careers As we fight for equal pay for both genders, it’s important to keep other pay gaps in mind. This opinion piece explores the oft misunderstood pay gap between employees of non-profit and for-profit organizations and reminds us that non-profits are just as necessary to the world–and their employees should be duly compensated.

A few weeks ago, it was Equal Pay Day. I liked the Instagram posts, read the Facebook stories, and once again was reminded how infuriating it is to be a woman who constantly has to argue and debate her worth and value. But then, finally, a cursory brainstorm that has been taking root slowly morphed itself turned into a full-fledged mental dialogue. What about the other pay gap? The one not many people talk about? The one that affects both women and men? I’m talking about the for-profit non-profit pay gap. 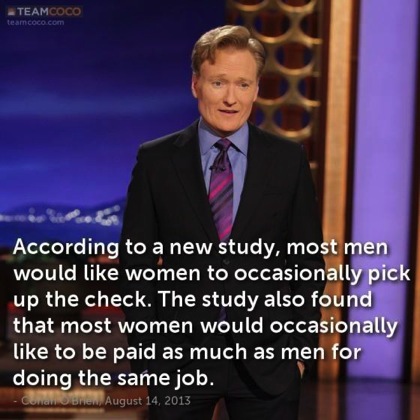 Now before I go on, I should preface to readers, internet trolls, friends, family, etc. etc., that I am 100% in support of Equal Pay Day, women’s activism, modern feminism, and equal pay for equal work. And I’m also not saying that the for-profit non-profit pay gap is more important, or harder, or worse than the gender one.  I believe for-profit corporations are vital to capitalism, democracy, and modern economies. I don’t think for-profit entities are the enemy. And lastly, I definitely don’t think everyone should work at non-profits. We need both. America and the world need both.

Ok disclaimers aside… let’s dig in.

I like to say that I didn’t choose non-profit work… it chose me. (See meme below for a good laugh at my expense. I’ll join.) Early on in my college career I was disenchanted at my options for summer corporate internships and then post-college entry level jobs. By way of luck, chance, and the ever-challenging quest to find “what I want to be when I grow up” I ended up at an environmental non-profit. Environmental organizations (both for-profit and not) had been on my “short” list post graduation (but any new grad’s short list usually resembles the first 15 pages of any Google search for “good jobs + DC”). And I had taken a personal interest in environmental issues over the years, taking a few classes during college on environmental science. Like many new grads, I did not negotiate my first job salary (yes, I know, I know). I knew I was entering a field destined for lower pay but I had found a field in which I was so passionate, I couldn’t imagine working in any other sector. So I stayed. And I moved through job changes and grad school and life like any typical 20-something does. But there was still this nagging feeling that, until recently, I couldn’t articulate. I can trace the start of my introspection back to one specific moment, actually. I was at work and I was doing some research on the next generation of donors. (I currently work in fundraising for an environmental economics research institution.) Someone pointed out that some people working in the non-profit sector see their choice to work in non-profit over for-profit as “donation” enough and thus don’t give extra to charities. Upon discussing this point with my boss she explained it’s actually not a unique perspective, but rather one she’s heard shared by others in the same position.

A common argument I’ve heard (and has been used against me…including by myself, against myself) is that we non-profit professionals should negotiate our salaries better. Argue, debate, until we get higher wages. And to those with that argument, I simply respond, it’s not possible in most cases. Budgets are different, salaries are different, and yes… workers’ salary expectations are different.

So then why do we still see articles like this one? 10 Insanely Overpaid Nonprofit Execs

Or this one? Is Planned Parenthood’s President Overpaid?

By the very nature of the words “for-profit” and “non-profit,” there is an obvious implication of opposite goals and operation. Thus far I have yet to come across anybody who views non-profits as non-essential. True, there are non-profits that don’t succeed at their missions as much as intended. But the same can be said for hundreds of corporations. Non-profits consistently do the work for-profits cannot. Without medical corporations, the American Cancer Society would not be able to disseminate their research or make strides in the fight against cancer. Without tech companies, Doctor’s Without Borders wouldn’t have the tools, technologies, and programs they need. But we still need both.

So why does this pay gap exist? I’m no longer buying the excuses “the budgets are different,” or “non-profits don’t set out to make profits!” or even “you don’t go into a non-profit to make money.” No, I’m not buying any of that anymore. This one is on us. All of us. At one time similar excuses were made for the gender pay gap, “women are different workers,” “a woman’s role is to bear children and raise them,” and “women don’t become moms to make money.”

True: non-profits get their operating budgets from donors. That means corporations, individuals, and even private and public foundations.

True: non-profits have different systematic and strategic goals than for-profits.

Until we start viewing non-profit work for social inequality, environmental issues, education, and healthcare, as equal and complementary to that of for-profits, we’re taking two steps forward and three steps back. But changing this dichotomy starts with every single one of us. Unlike the gender gap, this is one area we can change today. By donating, by advocating for causes, by making your voice heard. Non-profits don’t succeed without the power of the masses. And not just financially.

Are you an employee of a non-profit? A teacher? Are you pursuing a “passion” career? What are your thoughts on “the other pay gap?”

Related: It’s Your Career–Not Theirs: 5 Tips for Carving Your Own Path

How to Deal with Career Anxiety

Emily McLaughlin
Emily is a veggie loving, healthy food craving, blogger, (amateur) chef, runner, and adventurer.... in addition to her day job! She is the founder of Gathering Green--part food, part lifestyle, and part eco-friendly, sustainable living. She has an MPA in Environmental Science and Public Policy and by day she works at an environmental non-profit. Follow her on Instagram @emilyatGG.
View all author posts →