If you adhere to an ethical, vegan diet, there’s a good chance that honey is on your list of no-nos. The production of honey is a major source of peril for honey bees due to pesticide poisoning, disease, poor nutrition, and even stress!  Sadly, honey bees can also be injured and even killed during the collection of honey.

So if you’re looking for a delicious honey substitute, here are 10 honey swaps that are just as sweet without causing any harm to some of the earth’s most important pollinators. 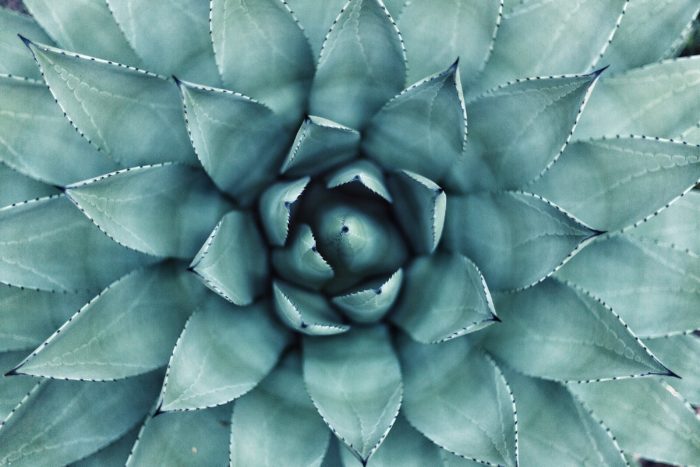 Yes, the same plant responsible for making tequila is also a terrific honey substitute! Agave nectar—also known as agave syrup—is a sweetener commonly derived from the sap of agave plants grown in South Africa and Mexico. Although there is much debate regarding the health benefits of agave nectar, this alternative is comparable to honey—lighter syrups taste similar to honey while the darker varieties taste more like maple syrup. Substitute agave nectar on a one-to-one ratio—but keep in mind, the agave nectar substitute tends to make baked goods brown sooner, so be sure to adjust oven temperatures and baking times as needed. This versatile, unrefined honey substitute is derived from sprouted barley crops and has a prominent “malty” flavor. The dark brown, sticky syrup is not nearly as sweet as regular white sugar, but it is a great replacement for honey and sugar in sauces, baked goods, homemade granola bars, and other desserts! Unfortunately, barley malt syrup is not the healthiest option and should be used in moderation because of the high amount of carbohydrates—specifically maltose—that it contains. When using this alternative to replace honey, you can substitute barley malt syrup on a one-to-one ratio when cooking or baking. Created in 1999, Bee-Free Honee’s mission was to create a renewable, plant-based honey substitute that would help reduce the impact traditional honey production has on honeybees—and what a success! With six different flavors to choose from—Original, Red Curry, Ancho Chile, Mint, Slippery Elm, and Flower Pollen Infused—each bottle of Bee-Free Honee purchased helps save 7,500 bees! Made with organic apples, Bee-Free Honee flavors are 100% plant-based and use non-GMO ingredients. One of the healthiest natural, liquid sweetener options out there, coconut nectar is made from the sap of coconut blossom stems. Coconut nectar is not only high in nutrients but also rates relatively low on the glycemic index. Surprisingly, coconut nectar does not taste strongly of coconut and is more similar in taste to molasses. If you’re still not sold on this healthy honey substitute—coconut nectar is high in minerals, vitamins, and contains all nine essential amino acids! When baking, simply replace honey, measure-for-measure, with this delectable alternative. The little, yellow “weeds” sprouting up in your front lawn have numerous health benefits—relieving pain and improving digestive health, just to name a few—but they can also be used to make a wonderful honey substitute! Dandelion syrup is a terrific therapeutic alternative to traditional honey—detoxifying the liver and purifying the blood stream. The sweet, syrupy goodness of dandelion honey is sure to quench your sweet cravings and it’s easy to make! Try this bee free dandelion honey recipe today! The sweet, edible fruits are great natural sweeteners and make terrific—and healthy—honey alternatives! Dates are a healthy source of vitamins, nutrients, fiber, and even protein—with 0.9 grams of protein packed into every ¼ cup of dates! You can either purchase date paste from the store or make your own with Coconut Mama’s date paste recipe! A common natural alternative for sweetening, pure maple syrup has more uses than just making your pancakes and waffles extra tasty! Pure maple syrup is made directly from the sap of maple trees and has a wide variety of health benefits. This honey substitute is nutrient-rich, high in antioxidants, and has the ability to fight inflammation in the body! It also has a lower glycemic index score when compared to regular sugar. Pure maple syrup can be used instead of traditional honey in baked goods such as cakes and cookies. Simply use 3/4 cup of organic, pure maple syrup and 1/2 cup of your choice of vegan sugar to replace 1 cup of honey. Originating in Africa, sweet sorghum crops were a sweetening staple in southern states where the plants flourished in dry, warn climates. Sorghum syrup is another healthier sweetening option and although this honey substitute is high in calories—it is a great source of calcium, iron, potassium, and zinc. With a taste similar to molasses and the consistency of honey, sorghum syrup makes a lovely sugar and honey substitute in baking using a one-to-one ratio. Yacon root syrup is another rather impressive natural sweetener and boasts many health benefits similar to those of coconut nectar. The roots of yacon plants have a low glycemic index and contain half the calories when compared to sugar! Yacon root syrup also improves digestion functions, aids in weight loss, improves bone health, boosts the immune system, regulates blood sugar, and acts as a cancer preventative! The dark syrup alternative is quite thick and tastes like caramel!

Also by Audrey: 10 Egg Substitutes That Prove Vegan Baking Is Even More Delish Than “Regular” Kind

Related: Why We All Should Love Bees–Plus How We Can Help Them

Is This Buzzy Ingredient What Your Vegan Baking Has Been Missing?

I Drank Golden Milk Every Day For A Month. Here's What Happened
New Study Says You Can Cut Your Stress By 75% By Reducing This In Your Diet
Is A Gallon Of Water A Day Worth The Hype? An Examination Of The Trend
I Never Thought I'd Write A Food Diary—3 Transformative Reasons You Should Start One
PREVIOUS
1 Mil Coffee Cups Go To Landfill Per Minute. How To Drink Your Joe Responsibly
NEXT
Sophie Turner Workout & Diet Are Way Healthier Than Sansa Stark’s, Actually
TAGS
healthy eating
SHARE