I’ve always been a people pleaser, I just didn’t know it for most of my life.  My motivation sat outside of me and acted more like a pressure cooker than true inspiration.  Good grades for a strong GPA, community service for a stand-out college essay, sports to be a well-rounded person–in other words, I yearned for somebody else’s definition of high achievement. 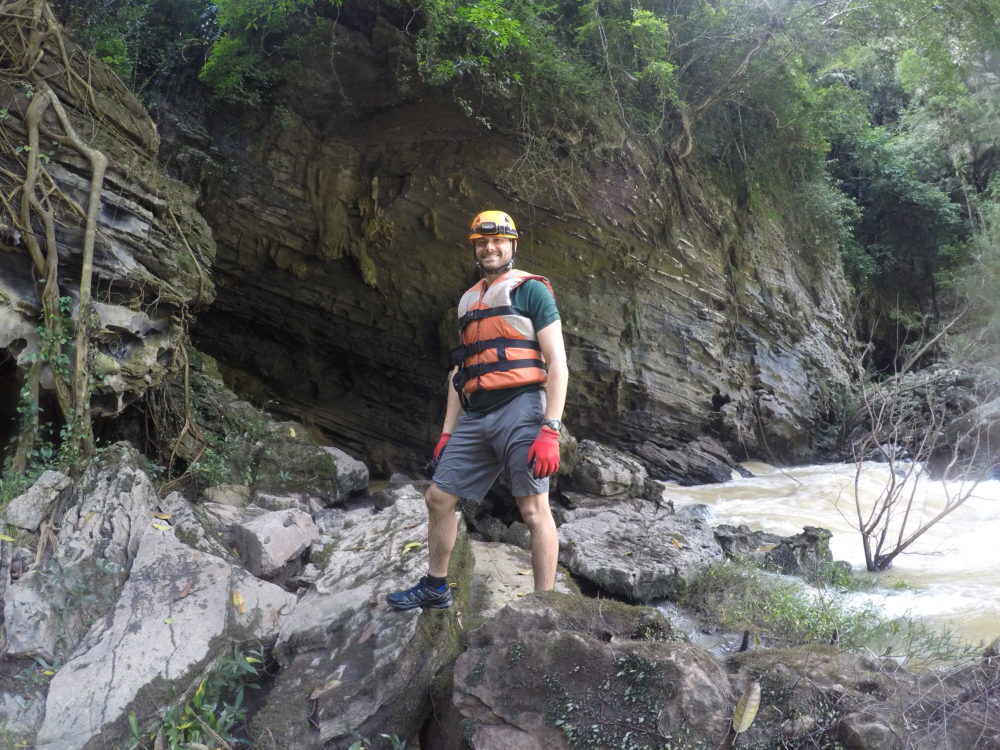 The raw truth is, I resented people who broke the mold and did things differently than the way things were supposed to be done.  Tattoos, piercings, skipping class, smoking, any alternative style at all really would warrant an “x” from me.  Being vegan?  Get out of here with that hippie animal-loving crap–isn’t it obvious that we are evolved and sit higher on the food chain?   Eternally encouraged to “beat to my own drum,” why then, when moments appeared innocuously that could have challenged me to think outside the box, did I so consistently and unconsciously fall back into the safety net of conformity?  It will come as no surprise that my path led me to a stable, money-driven job in a huge company.  If some of the greatest thinkers and inventors who from a young age went against the grain, why then did I never stop to question the trajectory of uniformity along which I so adeptly ascended?

Fear.  The reason, I would only much later learn, is fear. Accepting another’s so-called transgressions would let in a pinhole of light and reveal that beneath my rule-obliging, people-pleasing framework, lay naked vulnerabilities shielded by social decorum.  As a result of personal decisions that began to steer my life’s course in a slightly different direction, those pinholes of light began to multiply and to shine more brightly on the unexplored, unquestioned self that lay just below the surface.  I did what most people would probably do and tried to plug those holes and prevent the light from shining through, but the more I tried, the worse it became.

To continue any further, it is important to share a drop of personal information that will contextualize my ongoing struggle.  Over the course of about a year, my wonderful spouse who already ate mostly vegetarian and an occasional salmon avocado roll transitioned to become fully vegan.  With each additional item she cut out of her diet, so grew my rage and desperation–I didn’t sign up for this!  I would remark how this would become difficult for us to eat at restaurants together anymore, and how could we possibly no longer share each other’s meals?  On the surface, I grew to disdain her personal growth, which only masked deeper feelings of my own defeat.  This had gone far enough already–in fact it had already gone too far.  We tried compromises, but that only led to counting the number of times we would go to vegan restaurants to be sure that I could argue for an equal and opposite dining experience on my own terms.  I loved (and still do) my spouse very much, but the increasing resentment I felt because of her plant-based transition made me only more distant and question the viability of our future together.  I hadn’t developed to the point where I would recognize these feelings as fear yet, but I did know that if I had any hope for our relationship, I would need to do a better job of understanding her position, so I decided that as a New Year’s Resolution I would embark on a 30-day vegan challenge on Jan 1, 2016. What began as a means for me to back up my conviction that we aren’t designed to eat just plants, this display of certainty over the course of 30 days rocked my world and changed my life forever.  Shockingly, products I knew I “couldn’t live without” actually never showed up as cravings at all, such as a good burger!  I believed that I couldn’t make it to lunch if I didn’t have eggs for breakfast–wrong again, and hello oatmeal with nuts, seeds, and fruit!  I believed that a complete meal had to contain some sort of animal product or it would be missing the center of the meal–so simply wrong, and welcome aboard tofu!

On a plant-based diet, I never crashed during the post-lunch afternoon haze of a day–my energy would rock on strong.  My digestion immediately began to improve, and I no longer had acid reflux, despite continuing to enjoy spicy foods.  My curiosity grew to learn about the nutritional value of foods, and I began to separate real foods from substances that look like food but aren’t really food (i.e. processed foods). The good habits I began to create and enjoy on a plant-based diet had a ripple effect, and naturally, I began to cut out processed foods and sugars.

I remember one truly empowering moment that occurred when we had lunch catered at my office; I stood with a serving spoon about to drop a nice portion of pasta salad onto my plate, when I asked myself, why do I want to eat this pasta salad?  The answer seemed simple, because the pasta salad sat right in front of me, I wanted to eat it, and it was free.  Could somebody hit the EASY button please!?  Then I stopped for just one more moment, and I let the more thoughtful part of myself answer the question: actually, I did not want to eat that pasta salad at all, because it was probably produced with low quality ingredients with a bunch of oil that creates the illusion that I’m enjoying it when actually it’s just my taste buds tricking me into thinking this is good, and I’m going to feel crappy about my choice afterward–as it turns out, the best things in life, aren’t free either.  I felt truly alive after this moment of self-empowerment, where I deliberately made a choice NOT to take action.  This little moment had its own ripple effect, and I started becoming more comfortable saying NO–after all, it’s my hole in my face so why the heck would I let external influences dictate what goes beyond these lips?  I found my voice, and when I let it speak up, I can take control and ownership of my decisions–without that, I’m just blindly walking through life.

Once I reached this point of enlightenment where I could accurately distinguish real food from things that try to pass undetected as food, I thought my work here was done.  Fast forward a few months (I am skipping over a period of time where I fully transitioned to a vegan lifestyle), and I began to see animal products completely differently.  I no longer saw steak, or buffalo wings, or cheese pizza, but rather I saw flesh and body parts and torture of living creatures who were slaughtered as part of an industry of animal agriculture and factory farming.  Maybe this sounds extreme, but that’s because it is incredibly extreme, and I feel so free not to participate in this disgusting cycle.  I realized that there is no such thing as humane meat. Now, about 2 years after my 30-day vegan challenge, I find peace and serenity in visiting happy places like the Woodstock Farm Sanctuary where I visited yesterday for FriendsLiving, and seeing Beatrice the turkey and her friends roam around and Dalai The Llama graze in a pasture.  I learned that there are amazing people out there who are saving a few hundred animals, to give voices to thousands, and save millions.

We all make choices every single day, and we must not make those choices out of fear or blissful ignorance, or we will always make the wrong long-term decisions.  For most of my life, I voted “yes” out of fear of judgment and being different or difficult.  Despite all my resistances, through veganism, I learned the power of saying “no” to products and industries that primarily are in the business of creating harm.  For so long I harmed myself, harmed the environment, and harmed all the animals who suffered.  Now, I can go to sleep every night knowing that if nothing else, the choices I made that day did absolutely no harm to any other creatures or people, and with I can always go to bed easy and rest peacefully. Noah Ennis
Noah can often be found running in Prospect Park, riding everywhere on a Citibike, or hitting up some local vegan restaurants with his wife, partner in crime and travel buddy, Isabelle. When not wearing his biking gear, Noah is a financial advisor, helping families make prudent investment decisions, with a passion for sustainability and impact investing. Noah was anything but vegan, until January 2016 when he did a 30-day vegan challenge that turned his life, body and mindset in a direction he never dreamed possible. Also in 2016, Noah and Isabelle launched their joint podcast - The Plantiful Podcast - where they interview vegan change makers and influencers, going deep to explore their guests’ inspiring stories and passions. You can subscribe and listen to The Plantiful Podcast on iTunes, follow Noah on Instagram @nme89, and follow Noah and Isabelle’s vegan journeys on IG @theplantiful.
View all author posts →