Colorado River Is Drying Up, According To New Report In Science Journal 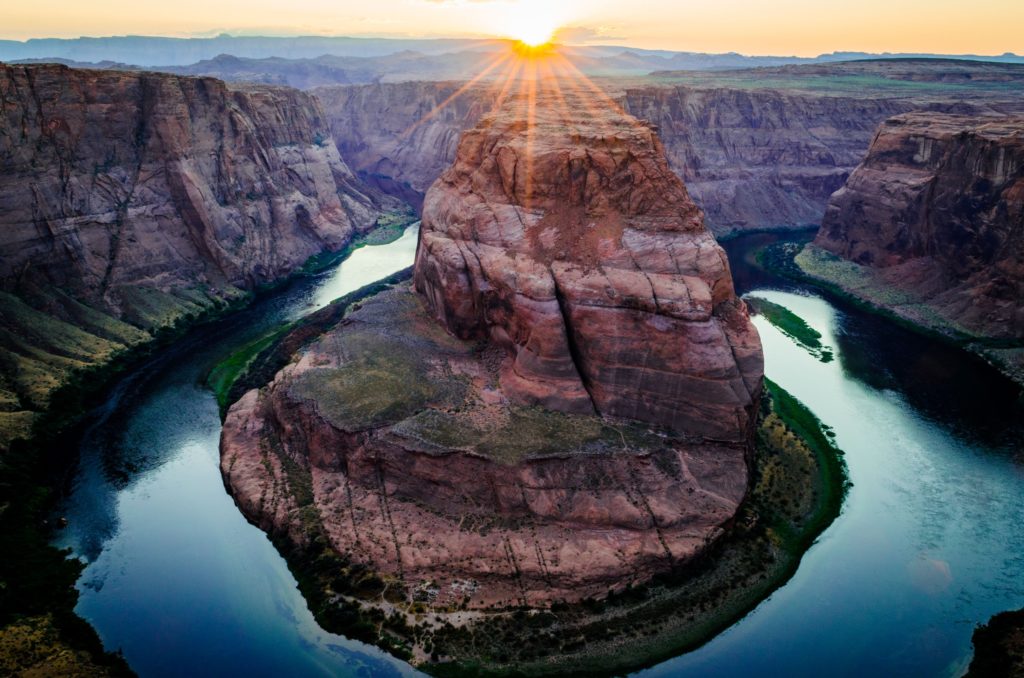 When I was ten years old, and my family had just moved to the United States, we went on a road trip from Texas to Arizona to go see the Grand Canyon. I remember peering over the edge to look at what seemed to be a bottomless crack through the Earth. The beautiful oranges, browns, and pinks quickly stole my attention as did the gemstones on sale for a few cents at the gift shop. But that great gash in our planet haunted me, and I later asked how the Canyon formed. I remember my mom saying something about a river carving through the rocks and drying up over a million years.

I haven’t been to the Grand Canyon since, but I still think about that endless, beautiful split through Arizona that was meticulously carved out by the Colorado River millions of years ago. Rivers naturally increase and decrease with time; that’s the beauty of this planet. It changes slowly, creating more beautiful landscapes and homes for countless plant and animal species. The Earth goes through cycles, freezing over and thawing, healing itself as it goes. Some periods bring more water to the rivers and streams, and some cycles bring less. However, we humans move much faster than our planet. In the past few centuries, we’ve changed so much that our planet is having a hard time catching up.

The Colorado River is called the mother of rivers because so many smaller rivers flow out of it. The 1,450-mile-long river starts in the Rocky Mountains of Colorado and flows southwest all the way to southern California and even into parts of Mexico. The river connects to approximately 8,000 miles of smaller rivers and streams and 2,000 lakes. All-encompassing, the water from the Colorado River reaches over 17 states in the U.S. and Mexico. Just in the United States, the Colorado River provides drinking water to over 40 million people. And now, climate change is threatening to dry the river up.

In a new report published in Science, US Geological Survey scientists Chris Milly and Krista Dunne warn about the quickly diminishing river and the effects on both countries. Not only does the Colorado River provide drinking water to millions, but it also supports over $1 trillion of yearly economic activity. Due to increasing temperatures and numerous man-made dams, the river’s flow has decreased by 10% in the last century. The river flows from Lake Powell and Lake Mean—the two main reservoirs. Usually, the snow that falls in the Rocky Mountains slowly melts over the spring and summer seasons, feeding into the reservoirs and the rivers. However, warming temperatures have caused lower snowfalls up in the mountains. According to the U.S. Bureau of Reclamation, the two reservoirs aren’t even half-full.

To assess the gravity of the situation, Milly and Dunne ran various simulations alongside current climate models. What they found is indeed a warning for us. If we continue at our current rate of emissions, the rise in temperature will cause a 19-31% decrease in the flow of the Colorado River by the middle of this century. That means that 19-31% fewer people will have access to water from the river by 2050. We cannot let this happen, and it is in our power to stop it. By reducing our personal contribution to the emissions released every year, we can slow down the increase in temperatures enough to give our planet time to heal.

The Amazon Rainforest Is Starting To Emit Carbon, According To A 10-year Study

New California Law Cuts Down Food Waste And Reduces Emissions. Here's How
A Cleared Forest Can Return In 20 Years. So Can You
What Will The Future Of Travel Look Like In 2022?
What You Need To Know About Winter Reindeer Attractions—Cruelty Behind Festivity
PREVIOUS
Puppies Behind Bars (Literally) Bring Healing to Prison Inmates And People in Need
NEXT
Could Hair Color Prejudice Be Affecting Your Career & Dating?
TAGS
climate changeenvironmentnews
SHARE