10 Best Vegan Sources of Omega 3 + Why It Matters! 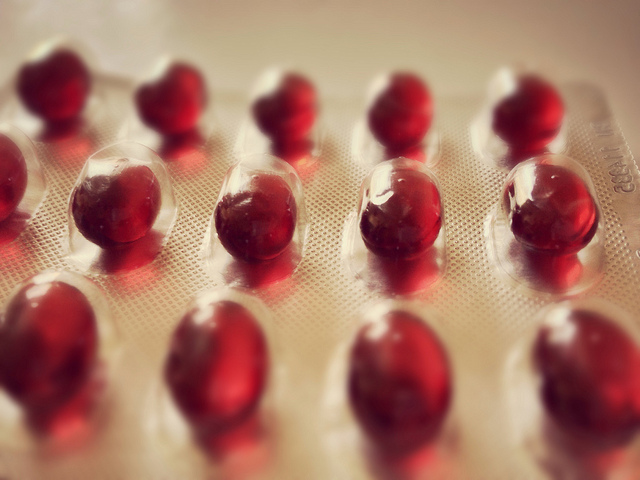 Do you take Omega 3 supplements? When I was growing up in the 90s in the suburbs of Portland, OR, Omega 3 was an obscure nutrient that only hyper-conscious people knew about. I was lucky enough to have a French teacher who, between teaching us French, also told us that Omega 3 is crucial for brain development, extolled the virtues of flax oil, and even gave us a snack of avocado salsa before exams (I said I was lucky!).

When I first became vegan in 2006, flax seed oil was one of the first things I bought! But amazingly, I’ve only bought one more bottle of flax oil after that (in comparison just imagine how many bottles of olive oil I’ve gone through in 10 years). Recently, however, I’ve come to reflect on the fact that I’ve been vegan for going-on 10 years, not taking any nutritional supplements regularly, and that though I don’t show any health problems, it’s time to get serious about self-care. Most Americans, vegan or not, don’t get enough Omega 3 in their diet–but vegans typically have very low Omega 3 in their blood, and some long-time vegans have almost no DHA in their blood. (Yikes. Totally imagining that as my situation). But first, here are some facts:

1. Omega 3 keeps your body running: It is crucial for cells around the body, your nervous system, brain development (especially for fetal growth), cardiovascular health, healthy skin and hair…Studies have even shown omega 3 is beneficial for mood swings and depression.

2. There are 3 types of Omega 3: 1) EPA (found mostly in fish) 2) DHA (found in fish and seaweed) and 3) ALA (found in flax, walnuts, vegetable oils, leafy greens). The body can convert ALA into EPA (there is some debate over how efficiently)–but it really prefers to use ALA as energy. Not much of it is converted into DHA, so it’s best to consume DHA from external sources. Note: DHA is largely what makes up the gray matter in your brain. How is that for motivation?

3. Omega 3 to Omega 6 ratio may not matter, after all: This is one of the most recent pieces of nutritional advice to do an about-face (much like when official FDA nutritional guidelines knocked off “low cholesterol” from 2016 version!). Previously, Omega 6 was thought to impede the correct metabolism of Omega 3 in the body; thus, it was advised that Omega 3 to 6 ratio be kept at around 1:4, or according to some experts, even 1:1. However, according to new studies cited by Harvard School of Public Health, there is no evidence to support the claim that high Omega 6 to Omega 3 ratio is harmful to your health. In fact, because both Omega 3 and 6 are good for your cardiovascular health, you don’t have to worry as much about the ratio as getting both.

4. Omega 3 supplement quality can be inconsistent: Not that vegans would have this particular problem, The New York Times reports that up to 80% of fish oil supplements out in the market can have quality failures–yikes! But supplement industry, vegan or not, has long had QC problems–which is why getting nutrients through a diverse diet is always better.

Aren’t you so ready to add some Omega 3-rich foods into your diet? Here are best vegan sources of Omega 3.

1. Flax seed oil: Just a tablespoon a day gives you almost 7 times the recommended daily amount of Omega 3. For this to work best, try it in low- or no-heat recipes, such as salad dressings. It is richly yellow and unctuous, so a little goes a long way.

2. Flax seeds: For best absorption, try grinding the flax in a coffee grinder–or put a spoonful into your blender for a smoothie or pudding. 3. Chia seeds: chia seeds have a slightly lower amount of Omega 3 than, but they’re so tasty, full of fiber, and *easy* to mix into your recipes! A chia pudding a day is the easiest way to get some vegan Omega 3 in your life.

4. Hemp seeds: One ounce serving gives you about the RDA–it’s also a great source of protein and energy, and works great as nutty toppings to savory and sweet recipes. Top everything with hemp seeds!

5. Spirulina: as one of the only sources of vegan DHA, spirulina deserves to go inside your smoothies. Or try this delectable spirulina cauliflower recipe (below) or cheezy spirulina popcorn. 6. Other seaweed: Yet another reason to love seaweed, which also are detoxifying and hormone-balancing. Try making a macro bowl with wakame or hijiki seaweed, and topping your sushi bowl with toasted nori. I also love having dried wakame on hand–boil some water, add a bit of miso and a half-handful of dried wakame, and voila! You have a super easy, nourishing and balancing miso soup for a snack. 7. Beans: surprised to see beans on the list? Mung beans, soy, and tofu are some of the best sources of Omega 3. 8. Walnuts: They’re almost as Omega 3 rich as flax seeds, go with everything from breakfast porridge, to baked goods, to salads, pastas, pesto sauce, vegan burgers, and pilafs. You really can’t go wrong with adding walnuts to everything. 9. Cauliflower: Again, surprising! A serving of cauliflower gives you about 10% of your daily Omega 3–not bad! What about you, dumplings? Do you take supplements, or just try to make sure you get Omega through your food? Do you think supplements work?

More in nutrition: Are You Getting Enough Vegan Protein?

Should You Take Hormonal Balance Supplements?