I am an avid reader. I have even made a list two years ago of 100 books I want to read and I am making a lot of progress there. 🙂 Some of my favorite genres are fantasy (I mean… Harry Potter for the win), books about politics or historic/real-life events, feminist books (check out my posts on books by Chimamanda Ngozi Adichie as well as The Book of Gutsy Women) and of course, books on veganism. There are some fantastic ones out there and I just want to give you an overview of some of my favorites and some that come highly recommended that I, myself have yet to read. If I would write about all the fantastic publications out there, this article would never end. So without further ado: Let’s dive into it. One of the most famous vegan books of all time. Written by Jonathan Safran Foer, this 2009 New York Times bestseller discusses the meaning of consuming animals in our industrialized world. In 2018, a documentary based on the book was released as well.

Why We Love Dogs, Eat Pigs, and Wear Cows: An Introduction to Carnism

Melanie Joy, psychologist and author of this book, coined the term carnism after realizing there was no descriptor for people who consume and even promote meat consuption while not actually needing to eat animal products, not to be confused with carnivores, who require meat to survive and to whom humans don’t belong. In the book she dives into the psychology of meat eating and the belief system that stand behind the consumption of animal products.

THIS IS VEGAN PROPAGANDA: (& Other Lies the Meat Industry Tells You)

This is probably the newest vegan book out there, written by none other than Earthling Ed himself. I haven’t read it personally, as my copy hasn’t arrived yet, but I am 100% certain it is definitely worth it. Earthling Ed is a fantastic advocate and his first book dives into the effects of animal farming on our world, the psychological and cultural influences that lead people to consume animal products without a second thought and it tries to answer the question how we can change this and if there is a better way to live our lives. The book has been a project years in the making with tons of research and conversations with people on all sides of the aisle. 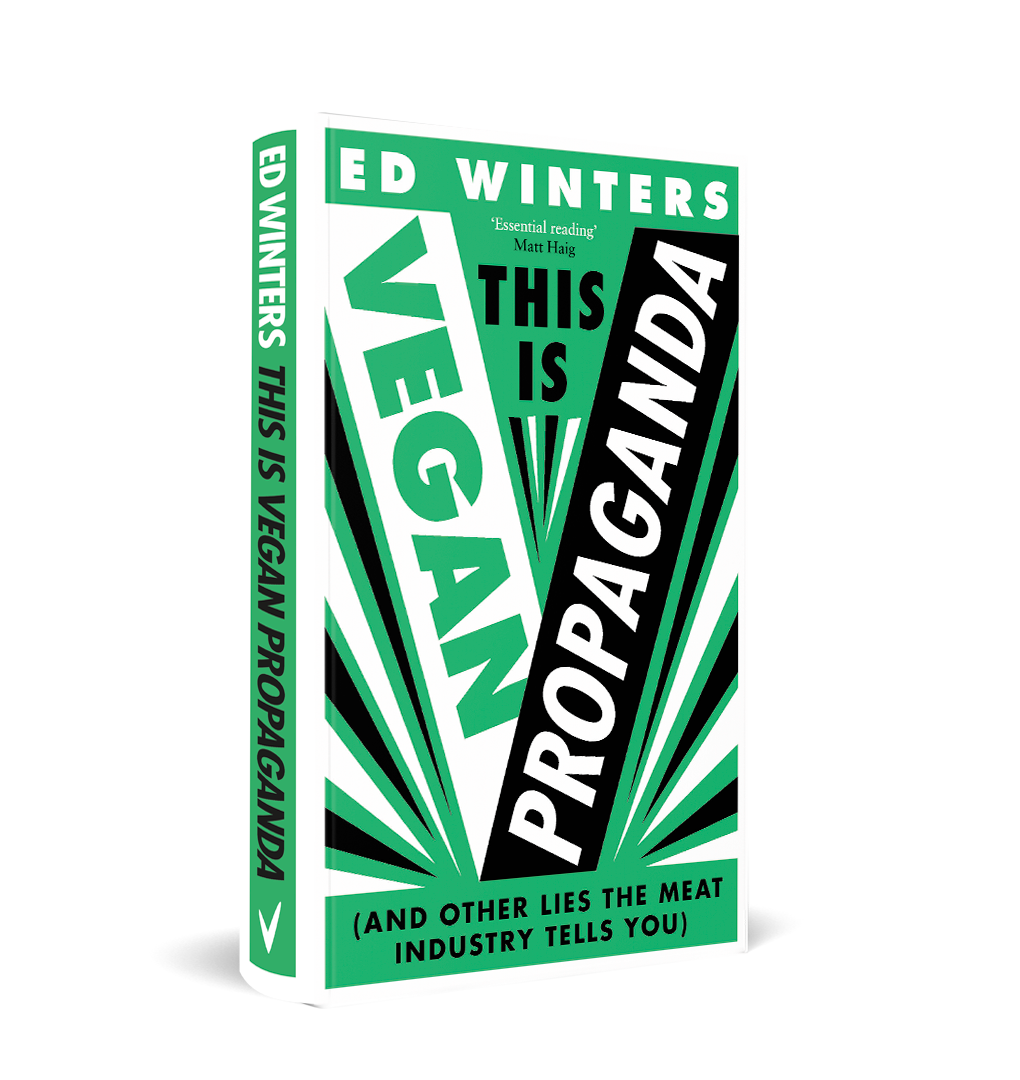 This was one of the first vegan cookbooks I bought. The reason was that I used to hate cooking and also I wasn’t really good at it. Having recipes with 30 different ingredients out of which I had never heard of half, would have given me a panic attack already, but being a vegan newbie at the time and having no idea what I was doing made it ten times worse. This lovely book only includes recipes that contain seven or less ingredients, most of them being common ingredients that are easy to get or that we have in our pantry already anyway. This has made the transition a lot easier and less stressful. Whipping up quick, easy and yet delicious vegan meals from the get go really convinced me how simple and fulfilling a vegan life would be.

I got this book from my friends last year and I have been obsessed. Middle Eastern food has been my favorite for years—my love for hummus is known everywhere. 😉 This book is perfectly divided into different regions of the Orient/Middle East. The first chapter introduces you to Iranian delicacies followed by Armenian food. Then there is a big chapter that combines Lebanese, Syrian and Jordan dishes before Egyptian recipes are shared. The last two chapters are Moroccan and Turkish food. I guarantee you, there are dozens of dishes that you will include in your regular cooking regime. All of them don’t just look mouthwatering, they all are super delicious. 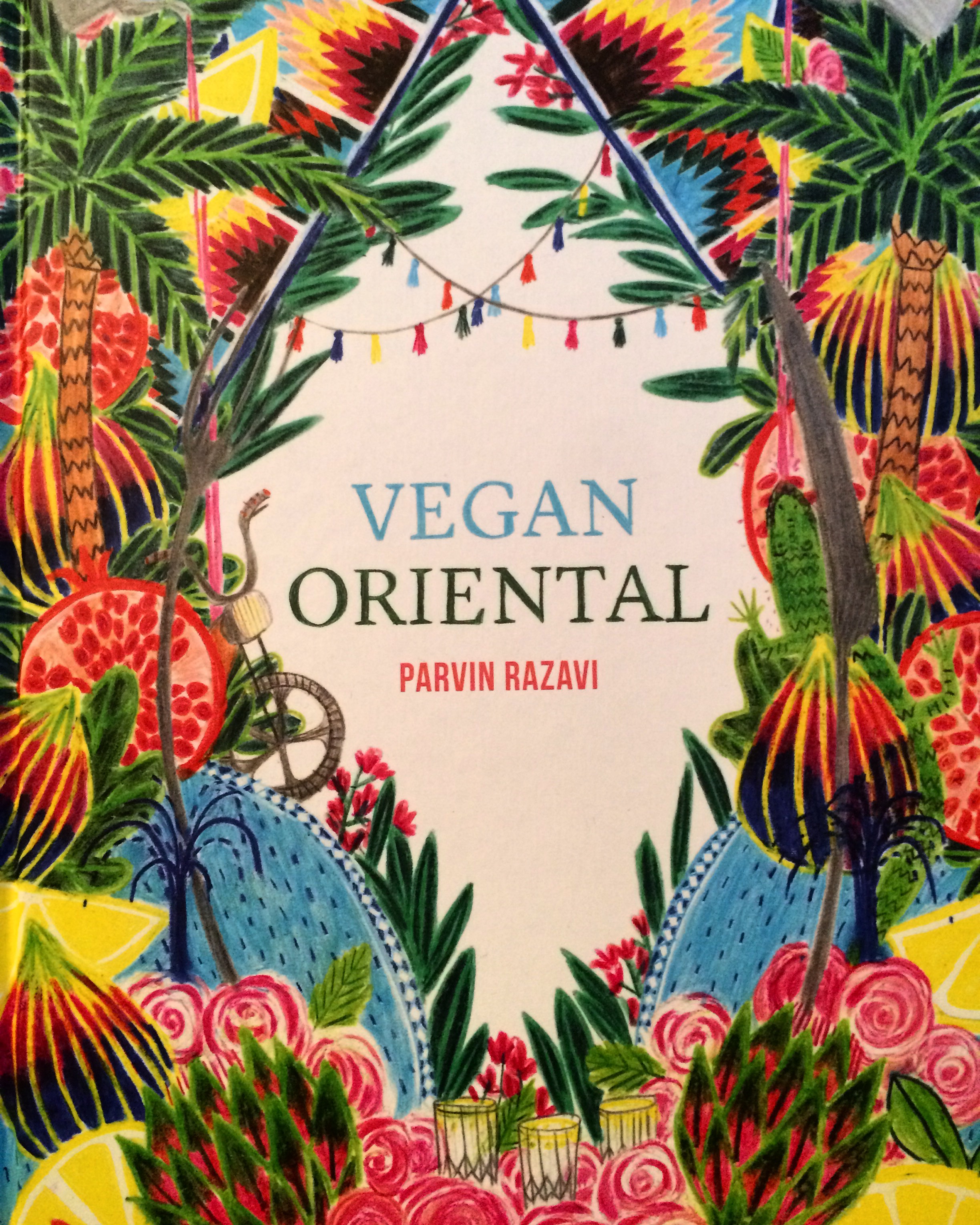 The debut cookbook from Joanne Lee Molinaro, also known as the Korean Vegan, is a combination of yummy plant-based Korean dishes and a story of immigrant parents who fled present-day North Korea and the food they ate to survive as well as childhood favorites from the author. Certain foods can have such an important meaning to us, it reminds of us events in our life, birthdays, anniversaries or simply the food our parents or grandparents used to make when we were young. This cookbook encapsulates these feelings while bringing you both traditional and reimagined Korean specialities.

We aren’t born not caring about animals suffering. Most children love animals and wouldn’t want them to be harmed. Through years of society telling children that they need meat and other animal products we disconnect from what is on our plates to the sentient being we used to love to play with or see in movies as a young child. Many people also still believe the myth that children can’t be raised vegan. Thankfully, there are more and more children’s books out there that showcase the love for animals we have when we were born, how children can grow up vegan and how we can teach them to be compassionate to other beings.

A cute little book telling the story of a pig escaping its horrendous fate and becoming friends with a little girl. There is not much more to say about this book other than it’s a light-hearted story about friendship and love and a smart pig that gets to live a happy life instead of ending up in a slaughterhouse.

That’s Not My Momma’s Milk

The bond between moms and their children is unbreakable and this illustrative book for kids of all ages shows how this bond does not just exist in humans but in all other beings as well. The lesson of the book is in it’s title: A mother’s milk belongs to its baby and not children or adults of another species.

This is actually a set of five different books that are meant for children ages 9+. Each of the books deals with a different topic, from animal testing to the dairy and meat industry to circus animals and to the clothing industry. The books show how the animals humans have abused for the longest time would fight for their lives if they would speak our language. It’s a fantastic book series that teaches the tough subject of animal cruelty in a way that will help make children more compassionate and understanding. 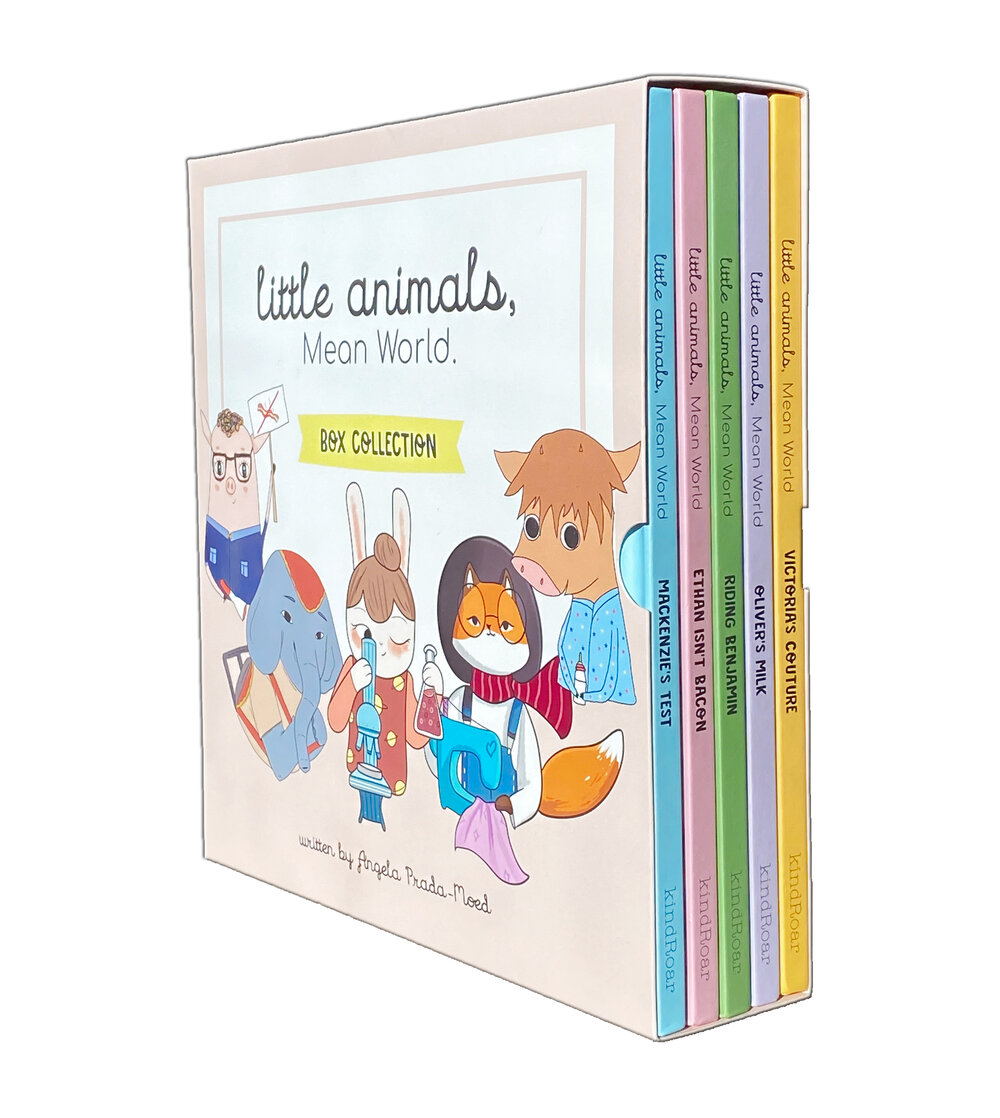 As I said, there are many more fantastic books on veganism. Cookbooks, children’s books, advocacy books, books for vegan newbies and books on the different issues surrounding veganism. From animal agriculture to fashion and cosmetics. What are some of your favorite vegan books? 🙂