Ready for some fun, heartwarming animal facts? Trivia writing was a childhood passion of mine, and I picked up the 15-question format from Who Wants to Be a Millionaire. With variants in over 100 countries, this gameshow has multiple-choice questions that get progressively harder.

Today we’ll be doing an animal version! Feel free to invite a fellow animal lover to play the quiz game below with you. Don’t forget to give yourselves goofy lifelines you can call on for help, like Phone-a-Friend, Double Dip (pick two answers), and my personal favorite, “Cheat-and-Use-Google.”

Answers are posted beneath each question, so scroll carefully. No real prize money awarded. Enjoy! 🙂

$100 question
Most land turtles and semi-aquatic turtles have what protective ability that a sea turtle does not?

A: They butt with their antlers
B: They fly off on their wings
C: They hide in their shells
D: They shoot lasers out of their eyes

The correct answer is…
C! Definitely no lasers, but there is a short-horned lizard who shoots blood out of their eyes!

$200 question
Once widespread in North Africa, the scimitar-horned oryx is an endangered antelope believed to have inspired what legendary creature?

The right one is…
Yes, a unicorn, D, of course!

A: Valentines for Vultures
B: Hanukkah with Hens
C: Thank the Turkeys
D: Induckpendence Day

Correct answer is…
C! I was able to attend Thank the Turkeys a few years ago. I had the chance to pet Cypress, one of their birds who was rescued from Thanksgiving slaughter.

$500 question
The blindworm, though similar-looking to a snake, has eyelids and ear openings, confirming that it is actually a legless what?

You were correct if you guessed…
D, legless lizards! Blindworms get a mention in the Shakespeare play Macbeth, but contrary to their name, these lizards are able to see; they simply have small eyes. They are also called slowworms.

$1,000 question
Which of these Amazon-sounding phrases is a real, lesser-known way to describe a litter of newborn cats?

Congratulations! You completed the first 5 questions of this quiz game. That means you cannot leave with less than 1,000 imaginary dollars. I reward thee with kitten cuteness! $2,000 question
With rare exceptions, how many calves does a gray whale give birth to with each pregnancy?

Gray whales usually have…
One calf at a time, like other large mammals! A is the right answer.

Originally I was going to ask how many calves a gray whale can have in a lifetime, but I wasn’t sure how to verify my googlings. One site suggests that since a female gray whale matures by age 5–11, can have a calf every two years, and lives to be 40+, eighteen would be a plausible estimate.

$4,000 question
What famous dog, whose name comes from the Latin “faithful,” awaited their guardian at a Florence, Italy bus stop for 14 years after the man had died?

The answer is…
A, Fido. Fido was an injured stray dog who was rescued at that very bus stop by Carlo Soriani, a brick kiln worker. After Carlo died in 1943 from a WWII attack, Fido never wavered in waiting for him.

The story of Hachikō, a dog from Tokyo, Japan, is similar. They both became famous dog statues.

$8,000 question
Using their tail as a fifth leg when they walk, which adorable Australian mammal is the world’s only known “pentapedal” animal?

I hope you went with…
D, kangaroo! I honestly had no idea before this. All I knew was that they hopped!

$16,000 question
Which of the following romantic “facts” about seahorse couples is simply made up?

A: They kiss for hours
B: They partner dance each morning
C: The male carries the pregnancy
D: They “hold tails” as they travel

The right one is…
A. Seahorses display a number of awe-inspiring mating behaviors, but kissing isn’t one of them. As far as I’m aware, amorous lip-locking has only been found among the great apes.

You may have also heard that gentoo penguins “propose” with a pebble (true), and that sea otters hold paws to stay together when they sleep (true as well).

$32,000 question
Related to hummingbirds, swifts have been a more difficult type of bird for humans to study because they remain where for months on end?

A: Burrowed inside the tallest trees
B: North of the Arctic Circle
C: High in the sky
D: Deep underground

You’ll be delighted if you picked…
C! Feeding off insects in flight, swifts appear able to sleep in the air. Some have been found to stay airborne for 10 months straight. Legs too flimsy to walk, they have little reason to ever land except to rest a few hours or to build a nest and hatch their chicks.

32,000 make-believe dollars, you did it! Just 5 questions away from a million! Now here is a brief kangaroo intermission for you. $64,000 question
A bee who finds nectar a mile from the hive would inform other bees with a “waggle dance” that forms roughly what shape?

The correct answer is…
A, figure 8. The waggle dance is a fascinating form of bee communication, which took scientists a while to decode. It relays to the other bees the direction in which they should travel, and how far. Food sources very close to the hive are indicated via a simpler “round dance” (circle), but a mile away would warrant the figure-eight pattern.

$125,000 question
Among the animals most glaringly threatened by climate change, a fully grown polar bear has what color of skin?

Give yourself a pat on the back if you guessed…
A, because black is correct! Look for where a polar bear’s fur is sparser and you will spot the dark skin, which helps them absorb heat. They start off with pink skin as cubs and it becomes black as they grow up.

$250,000 question
Though different from the monster of ancient Greek myth, Hydra are tiny freshwater critters that aptly have what characteristic?

A: Many heads
B: Venomous breath
C: Native only to Greece
D: Can live forever

This time the correct answer is…
D. Hydra are potentially immortal, as they show no signs of aging. If cut into a few pieces, each piece will regenerate into its own hydra with 1–12 tentacles. They do die in the wild though, due to factors like predation. Here’s how they look.

$500,000 question
According to a 2019 study in Animal Behaviour, darker spots on a giraffe are an indicator that the animal may be what?

It’s your lucky day if you selected…
B! It was previously thought that giraffe spots just got darker with age, but a new study discerned there is something more going on. The male giraffes with darker spots tend to be more dominant and solitary. Instead of travelling with their herd, they may move between herds in search of potential mates.

$1 MILLION question
In 2009, Bolivia became the first country to completely ban what form of animal exploitation?

Do you have the answer? You’re an animal trivia genius if you picked…
D. The 2009 Bolivian ban on circuses applied to animals both wild and domestic. Since then, the use of animals in circuses has decreased in popularity. The famous Ringing Bros. even shut down in 2017.

Congratulations! You made it to the end of the trivia game! You gets all the biodegradable confetti and vegan cupcakes. 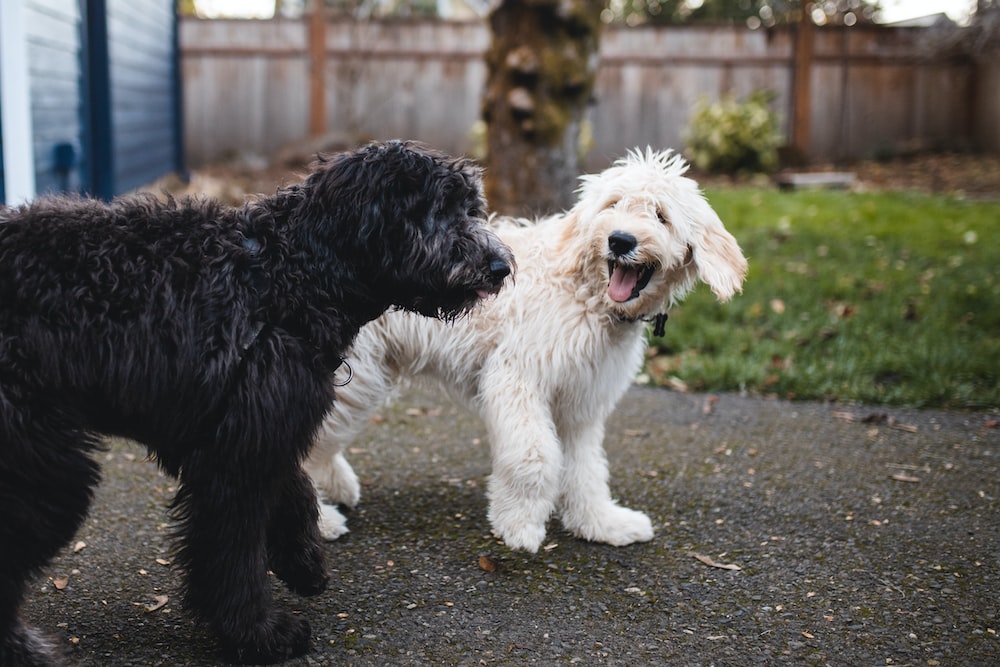 I hope you enjoyed pondering these animal trivia questions as much I enjoyed coming up with them. Whenever I learn about all the interesting ways others’ lives are different from my own, it gives me a reality check of how vast the consciousness on this planet is. I am lucky to be a well-off Homo sapiens living a safe and easy life, and I aspire to spread kindness where I can, including to nonhuman animals.

I Drank Golden Milk Every Day For A Month. Here's What Happened
Traveling For The Holidays? Here's How to Stay Healthy and Sane
New Study Says You Can Cut Your Stress By 75% By Reducing This In Your Diet
PD Editor's Wishlist Of Sustainable Vegan Gifts For The Holidays
PREVIOUS
5 Interior Design Trends We Love With Positive Wellness Benefits
NEXT
How Scandinavians Stay Happy & Balanced During The Dark Months
TAGS
holidayswellness
SHARE