“You realize there’s very little time for rubbish. You realize life is short, and it’s so much better to be who you are. When I was younger, I didn’t have the sense of self to do that.” –Chimamanda Ngozi Adichie

She is a Ted Talk speaker of speeches that go viral. She is a bold feminist writer with unyielding logic. She is a teller of human tales, each tale based in honest interaction and unembellished experience. Fashionista. Believer in equality. Unapologetic when speaking a truth that others find challenging to say. And yes, that was Chimamanda Ngozi Adichie speaking in Beyonce’s song, “Flawless,” making us all reconsider what we teach our daughters–why teach your daughter anything that gives her a disadvantage upon entrance to the arena of life, where she will compete, interact, and exist with others who have not been conditioned to feel incomplete and lacking? Please join me in appreciating and remembering valuable lessons from a figure who fearlessly condemns the old tradition for what it is: sneaky, rampant, absurd, and unjust.

Lesson #1–Feminism: Traditional masculinity hurts men, too.
In 2014 Adichie published an essay entitled “We Should All Be Feminists.” This essay was based off of one of her TED Talks, and it deconstructs masculinity in modern America, explaining exactly why We Should All Be Feminists. This talk, in book form, looks at common ideas about gender expectations in modern society, and it includes the idea that conditioned masculinity is detrimental for men, too.

What is wonderful about Adichie’s mini-book, and all of her writing, is that instead of bombarding the reader with ferocious ideas that may alienate certain readers, she shows the reader through stories why she has reached the resolution of her ideas. Her thoughts are supported through great stories about people who the reader can’t help but relate to for their human condition. If you know any individuals who believe feminism is bad, or that masculinity is not a conditioned trait that can hurt both females and males, challenge them to pick-up a copy and spend the 25 minutes it takes to read it. Support your plea by telling them that a copy of the essay will be distributed to every 16-year old in Sweden–arguably the world’s most egalitarian country–as a “stepping stone for a discussion about gender equality and feminism,” according to publisher Albert Bonniers.

Adichie’s writing is so clear and fair, it would be difficult for even the most traditional among us to deny that she makes good points. It can be challenging for most people to understand the experiences of others, but in her writing, Adichie invites you into another world with stories that pulse with emotion and evidence, stories that grab you by your heartstrings and pull you along for the journey.

Adichie’s feminism is woven throughout her stories and characters simply by an honest telling. There is Kainene in Half a Yellow Sun, who is strong-headed, entrepreneurial, and brave, even in a time of war. There is Ifemelu in Americanah, who is independent minded, tenacious, and made increasingly practical-minded and action-orientated through her experiences with a mother whose devout religiousness prevents practical decisions. The wonderfulness of these characters is their sheer relatability, a relatability that cannot be overlooked while reading about their trials through life. Her female characters experience loss and gain, happiness and pain, and they demonstrate grit and courage through necessity, the same way her male characters do. Just like in real life.

Lesson #2–Racism: It’s entrenched in our culture despite political breakthroughs.
Unfortunately, even in our day and age, racism can be hard for people to understand if they do not experience it with them directly as the recipients. The common “evidence” used among the opposition includes: We’ve ended slavery, everyone over the age of 18 can legally vote, anyone can sit anywhere they want on any bus, anyone can marry whoever they way, and all is legally equal so all is fair. If you speak to members of races who believe their race or culture is oppressed, they will tell you that despite the aforementioned “evidence” being true, this paints an inaccurate picture of life in America for those who are not white. In my opinion, Adichie does a better job than any contemporary writer of popular fiction at showing why the traditionalist logic is incomplete while teaching us about humanity. And it is through her beautiful ability to tell powerful stories. In her published works, Adichie writes about a black woman’s experience wrestling with her physical appearance. On top of desiring clear skin and shiny hair (like we all do), a black woman must also grapple with her skin color and the texture of her hair juxtaposed with the dominant beauty ideals. Some of these battles involve applying painful chemicals. Adichie writes about a black person’s experience choosing how to appear before a job interview. She writes about the black male pre-teen cousin who is innocent, controlled, and sheltered, and must endure teasing from his experienced peers about how he is statistically more likely to go to jail and end up on death row than they are.

From far away it might not seem so urgent, but each of her characters is not someone who seems far away and not-your-problem. Rather, they represent someone who you feel like you could maybe be friends with because you both like books, admire professional athletes, and don’t like bullies. When reading a story about someone who makes similar decisions to you on how you spend your time, it becomes impossible to pretend experiences aren’t real. Her stories have human evidence, only the very illogical could attempt to refute.

Lesson #3–Beauty: Individuality is everything.
“There’s no such thing as perfection. Originality is a beautiful thing. I think it’s much harder now than when I was younger because we didn’t really have the internet. I would say don’t watch too many of those beauty YouTube or makeup videos. They use way too much product. There’s a lot the industry can do. It’s important to have a much wider range of what’s considered beautiful.” -Chimamanda Ngozi Adichie

Adichie’s voice on beauty carries the same logic and charisma as the rest of her writing. Her views on beauty relate to equal treatment of women, and deny the falsities that 1) there is only one kind of beauty and 2) in order to be a feminist one must forsake makeup and fashion. In fact, Adichie has recently partnered with No7. to create a makeup line, and she attends Dior runway shows but still boldly supports feminism. But of course, logically, why should one have to change their physical appearance in order to be treated as though they have potential to grow, to be respected as an intellectual equal, and to be treated like their ideas matter? Things that are pretty or feminine should not signal mental weakness, nor is it logical to believe that if one wears pretty dresses they are someone to speak over and their capacity for intellect must be immediately dismissed. “But I do remember that when I moved to the U.S. — and I think maybe there are different standards for people who are supposed to be particularly intellectual or particularly creative — I very quickly realized that if you want to seem as a serious writer, you can’t possibly look like a person who looks in the mirror.” -Chimamanda Ngozi Adichie

In her writing, Adichie embraces natural beauty for all, not leaving out descriptions of the beauty, grace, and power of curvy and voluptuous women in Nigeria. A particularly effective strategy she uses in compelling the reader to consider beauty standards is telling the story of one of her characters criticized in Nigeria and praised in America, and another character criticized in America and praised in Nigeria. Because, of course, all girls receive comments on their physical appearance, all the time, and showing the different comments in different situations show us how different people react to different kinds of appearances. Once confronted with a multitude of different types of beauty, the reader is left questioning how arbitrary American beauty standards are, how much pain we bring to each other as we conform to them, and how we receive less from life if we cannot recognize the incredible beauty in those who are different from ourselves. We simply shrink our worlds, worlds that have the potential to be enormous and exciting.

Lesson #4–Activism: Speak your mind.
Of all of the reasons why Adichie is a wonderful role model for girls, women, and human beings in general, speaking her mind is perhaps the greatest, and a testament to her mental strength. It is far too many times in life where people stay silent about things that matter on a deep level, and we cannot accuse Adichie of belonging to the group of the quiet. She speaks, writes, and publishes her bold ideas without relenting, despite being a woman, despite being black, and despite the discomfort it may cause to those in positions of power. Watching her debate racism with a member of the alt-right post-Trump election was a joy. Her articulation of compassion and clear thoughts in the face of the oppressor is inspiring. And when presented with the opportunity to tell a traditionalist white male that he cannot have an opinion, she does not take it. Her class and intelligence speak for themselves. Although Adichie’s work is rife with stories of social injustice, it does not make you turn to bitterness for the world. Her work makes you want to learn more, get to know people, work harder, and improve yourself. If ever you feel weak or uninspired by this cruel world, pick up a book or speech crafted by Adichie. Her work will help invigorate your spirit, remind you that there are things worth fighting for and help you understand that you are quite capable of making changes in your world. Thank you, Chimamanda Ngozi Adichie. And please publish for a very long time.

Books by Chimamanda Ngozi Adichie:
Half a Yellow Sun
Americanah
We Should All Be Feminists
Purple Hibiscus
That Thing Around Your Neck

How has Chimamanda Ngozi Adichie inspired you?

Also by Anastasia: 13 Books to Read when You Need a Female Hero

How To Eat For Your Hormones
How to Take Things One Day At a Time
Why You Should Choose Inspiration Over Motivation
I'm Married To The Love Of My Life—And I Don't Want To Have Children, Ever
PREVIOUS
How I Learned to Breathe After I Stopped Dancing
NEXT
Jenna Dewan Tatum Says *This* Vegan Food Is What Her Family Lives On
TAGS
celebritiesfeminisminspirationalwomen
SHARE 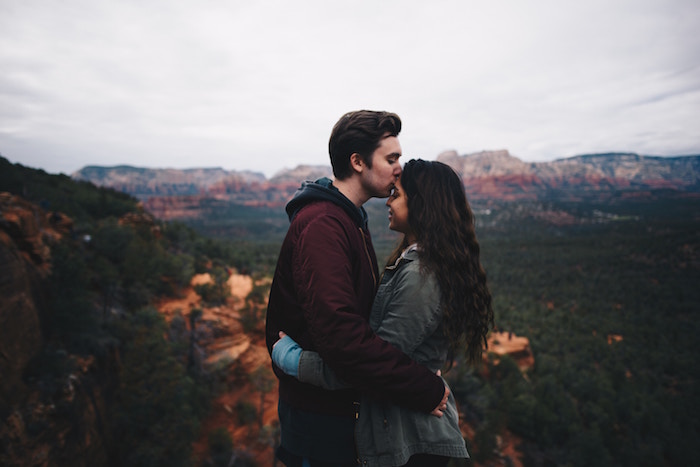